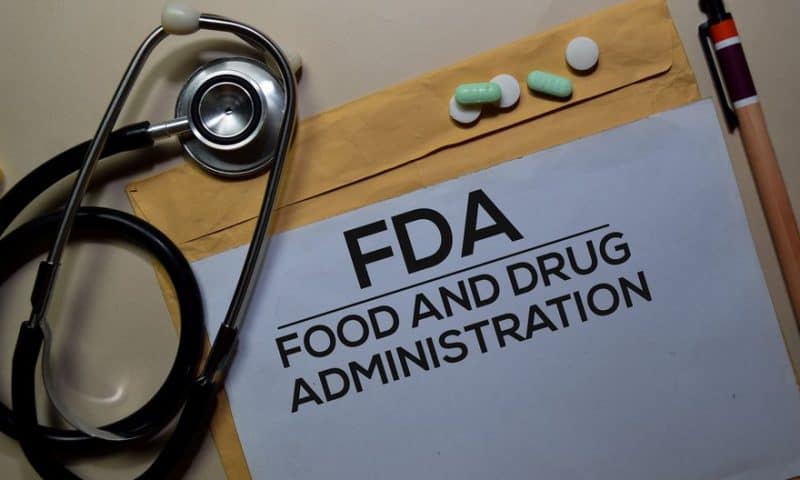 The FDA has done a U-turn on Amylyx’s amyotrophic lateral sclerosis (ALS) drug AMX0035. After asking for a new phase 3 study in April, the agency will now accept the biotech’s submission based on phase 2 evidence.

In an April regulatory update, Amylyx said the FDA wanted to see an additional placebo-controlled trial of AMX0035 before a new drug application could be filed. To satisfy the request, the biotech said a phase 3 trial would begin enrollment in the third quarter and discussions about getting a regulatory filing underway as quickly as possible would continue with the FDA.

Fast forward to now, and Amylyx said the FDA is satisfied with the strength of the earlier phase 2 data and the submission will be sent off “in the coming months,” according to a Wednesday statement.

So, what happened? Amylyx says the change of heart came after discussions with the FDA over the past few months, particularly a pre-IND meeting held in July. These meetings are held before a drug company submits an investigational new drug application to smooth over any remaining issues and ensure the application is prepared to the agency’s specifications.

Amylyx co-CEOs Justin Klee and Josh Cohen say they don’t have a complete answer for why the FDA changed its mind, but the agency clearly has a sense of the pressing need for new treatments for the progressive nervous system disorder.

What also perhaps helped is a rush of advocacy from patients and the ALS Association who have pushed the agency to consider the application now and expedite access.

The ALS Association’s Chief Mission Officer Neil Thakur said the group pushed hard for this therapy because the data strongly suggests that AMX0035 can benefit patients.

“We’re seeing a clear signal that the drug slows progression and extends life, and that’s very unusual in a clinical trial space,” Thakur said. “That was sufficient to get our community strongly engaged, and engaged not in just a cheerleader way.”

Klee and Cohen also heralded the efforts of the advocacy community.

“ALS advocacy has been strong for quite some time now, and we think it’s wonderful,” Klee said. The FDA has always invited patients to be involved in the process of developing new therapies for ALS, he added.

One thing is for sure, however, AMX0035 is not Aduhlem, the controversial Alzheimer’s medicine approved by the FDA in June. Amylyx may have benefitted from a softening from the agency towards new therapies for progressive diseases, but the data that will support the AMX0035 filing shows a real benefit, according to Thakur and the biotech’s chief executives.

“We don’t know what goes on behind the closed doors at FDA,” Cohen said. Whether Aduhelm came up at all is unclear, but he believes the difference is in the data. “We’re looking at survival, rather than biomarker [data].”

Thakur said the FDA’s decision here is in line with clinical trial guidance the agency issued for ALS in 2019.

“We expect the FDA to be flexible with the kinds of outcomes that they’re looking for. And those standards were met with Amylyx,” he said.

The ALS community knows there is some uncertainty about the benefit that will need to be confirmed in the upcoming phase 3 trial, which Amylyx is moving forward with. But the clean safety profile of AMX0035 and the possible benefit drove 50,000 patients to petition the FDA for a swift decision in November.

Amylyx is going to busy these next few months. In addition to the regulatory filing, the company is actively working towards enrolment for the phase 3 study. Klee said the company is expecting the first patients in the trial dubbed Phoenix in the next six to eight weeks, with a total of 600 overall.

An expanded access program is also in the works for patients who aren’t eligible for the trial to get a shot at taking the therapy early. Cohen and Klee could not say when that might open up but they are working on providing access “as soon as possible.”

“It’s really complicated and we have to get it right, but we also feel like it is imperative that we do it,” Klee said.

The ALS Association is anxious to see the trial and expanded access program get underway.

“ALS moves very, very fast. Even a month makes a big difference,” Thakur said. “In regulatory time, that’s not a lot of time at all, but in ALS time, it’s too slow. ALS is just so devastating.”

The advocacy group isn’t afraid to step up the pressure on the FDA if AMX0035 appears to be moving too slowly, either. Thakur said the FDA has so far indicated that they don’t need major regulatory changes to work on AMX0035.

“There’s really no way to do this fast enough to meet ALS. It just has to be fast, fast, fast,” he said. “We’re also ready to help them change the rules if their rules are getting in the way and we’ve made that very clear and we’ve supported legislation to help the FDA be more efficient.”

And then there’s what happens after approval; Cohen could not say what the ultimate price for AMX0035 will be but confirmed the biotech is already thinking about it.

“We’re doing a lot of research in that regard,” Cohen said. “At least philosophically, I think we want to be very responsible with how we price.”

Amylyx wants to price in a way that gives them room for research into more treatments for ALS and other degenerative diseases.

“ALS is a very underfunded disease,” Cohen said, noting that the National Institutes of Health contributes about $100 million per year towards research. Amylyx received about $2.25 million in research funding from the ALS Association for AMX0035, with an agreement that 150% will be paid back upon approval to put back into research.

AMX0035 has already been filed with Canadian drug regulators and a similar filing in the EU is planned by the end of the year.