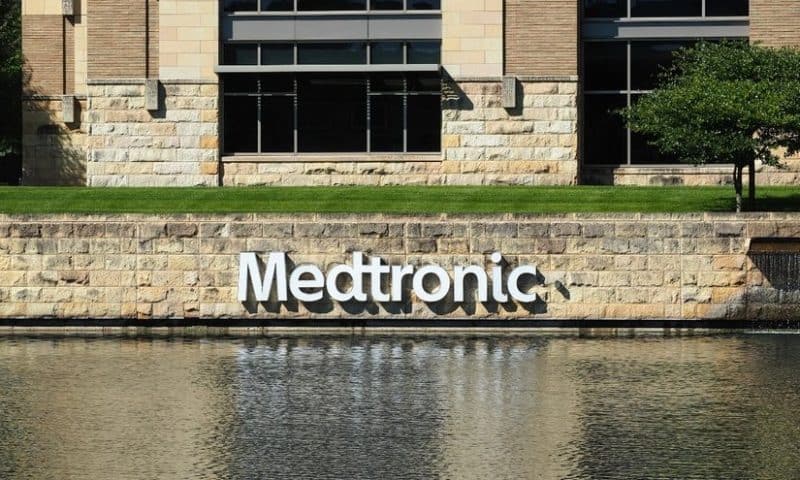 After three strikes in just the last six months, Medtronic’s implantable heart pump is out.

The company issued (PDF) an urgent message Thursday notifying doctors and patients that it would immediately stop selling and distributing the HeartWare Ventricular Assist Device, or HVAD.

In the official letter, Medtronic instructs physicians to cancel any new implants of the blood pump, but the company does not recommend removal of any existing implants. It directs the approximately 4,000 patients already implanted with the device to continue using it normally and to contact Medtronic for future replacements of its components.

The devicemaker said it will soon release a plan for supporting those patients, including a program for them, their caregivers and their clinical teams.

The discontinuation comes after years of reports of potentially fatal issues with the device, which Medtronic started distributing after its $1.1 billion HeartWare buyout in 2016.

At the time, HeartWare had already faced down a spate of complaints and issued a handful of HVAD system recalls given the FDA’s Class I designation, the agency’s most serious rating.

This year alone, the FDA classified three more HVAD recalls as Class I. In the most recent, Medtronic recalled physician instructions and patient manuals for several of the device’s peripheral components—including the pump, controller and surgical tool kits—after safety issues related to the informational packets were linked to 64 injuries and one death.

The majority of complaints about the system, however, stem from problems restarting the pump. Medtronic received 106 complaints since 2009 that the pump’s restart was either delayed or failed to happen at all, the letter said, leading to a December 2020 Class I recall.

The restarting issues have been linked to 14 deaths and 13 more cases in which the device had to be surgically removed, the FDA said in a statement.

The HVAD system was initially approved for commercial use in the U.S. in 2012, specifically as a stopgap for heart failure patients waiting for a heart transplant. It was later approved for long-term use in patients unable to undergo transplant.

Since then, in addition to the problems restarting the device, Medtronic noted “a higher frequency of neurological adverse events and mortality with the HVAD system as compared to other commercially available durable left ventricular assist devices.”

VADs are implanted in patients with severe heart failure to help pump blood from the left, right or both ventricles to the rest of the body. They’re connected to external controllers and battery packs via a cable inserted through the skin. Medtronic’s was the smallest of these devices approved by the FDA.

Both Medtronic and the FDA specifically cited Abbott’s HeartMate 3 ventricular assist device as a primary alternative to the now-defunct HeartWare system, and Medtronic said it is working closely with Abbott, among other manufacturers, to ensure VADs are readily available.

In response to Medtronic’s announcement, Abbott issued a statement of its own confirming that it is prepared to meet the new increase in demand for implanted heart pumps.

“Ensuring continued access to these devices is critical for patients,” said Mike Pederson, senior vice president of Abbott’s electrophysiology and heart failure business. “We are working to ensure that physicians have the support and training they need as they further adopt HeartMate 3 to improve outcomes for their advanced heart failure patients.”