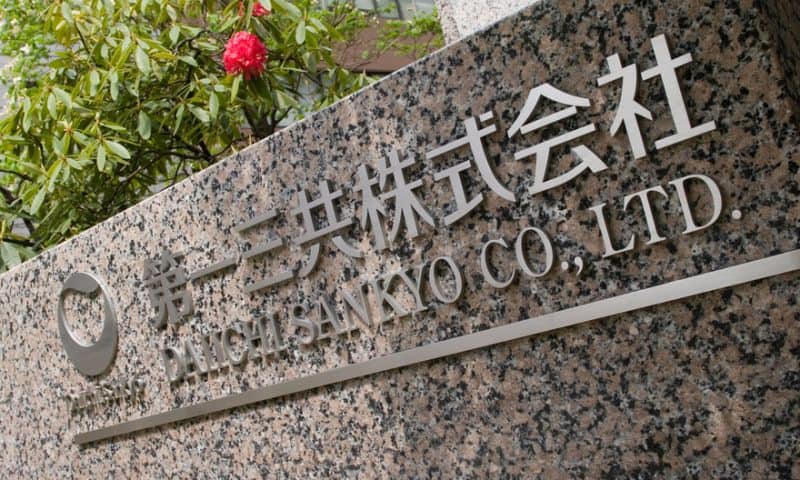 After earning an FDA nod for breast cancer in December four months ahead of schedule, AstraZeneca and Daiichi Sankyo’s HER2-targeting antibody-drug conjugate Enhertu is also showing some early promise in other cancer types.

The drug was tested in a small phase 1 study that enrolled 60 previously treated patients with HER2-overexpressing cancers outside of the breast and stomach or HER2-mutant cancers. Enhertu shrank tumors in 28.3% of subjects and staved off cancer for a median of 7.2 months; patients lived a median 23.4 months. The study was published in the journal Cancer Discovery.

The study included 18 patients with non-small cell lung cancer (NSCLC), 20 with colorectal cancer (CRC) and several others with a variety of tumor types. The objective response rate was highest for NSCLC, as 55.6% of those patients experienced tumor shrinkage that lasted a median of 10.7 months. The effect was even more pronounced in a subset of patients with HER2-mutant NSCLC, in which Enhertu induced a response in eight of 11 patients (72.7%). All NSCLC patients lived a median 11.3 months without tumor progression.

In a separate study published in Cancer Discovery, the researchers reported that Enhertu led to a partial response—70% tumor shrinkage—in a NSCLC patient who had progressed on another antibody-drug conjugate, Roche’s Kadcyla.

Moreover, pairing Kadcyla with Puma Biotech’s irreversible pan-HER inhibitor Nerlynx boosted cellular uptake of the drug in lab experiments, the team found. In a different clinical trial, researchers tested the combo in a HER2-amplified breast cancer patient who had relapsed after multiple lines of therapy, including Kadcyla. The patient also experienced a partial response.

Enhertu wasn’t effective across all the tumor types examined, however. Among 20 CRC patients patients in the first study, only one person’s tumor responded to Enhertu, and the median progression-free survival was low at four months. As for the other cancer types—which included esophageal cancer, salivary gland tumors and two cases of HER2-mutated breast cancer—the objective response rate was 27.3%.

Enhertu combines trastuzumab (Herceptin) directed to HER2 with a cytotoxic payload called deruxtecan. As the antibody seeks out and binds to HER2-expressing cancer cells, deruxtecan is then released to inhibit DNA replication, leading to cell death.

The med made waves at last year’s San Antonio Breast Cancer Symposium, with phase 2 data showing it shrank tumors in 61% of patients with HER2-positive breast cancer. Investigators recorded an impressive estimated one-year survival rate of 86% for the group of patients who had had a median of six prior therapies.

That showing led to an FDA approval in third-line HER2-positive breast cancer in December, less than two weeks after the phase 2 data went public and four months ahead of schedule. Analysts at EvaluatePharma have estimated the drug will be bringing in $2.4 billion in annual sales by 2024.

Daiichi Sankyo and its partner AstraZeneca have been testing Enhertu in other tumor types. In January, the pair announced a registrational phase 2 trial, dubbed Destiny-Gastric01, showed the drug also worked better than chemotherapy in stomach cancer patients who had progressed on at least two regimens.

Now, researchers argue the drug could be used in other HER2 cancers. “We are very excited by the results of this preliminary study,” said senior author Bob Li, M.D., a medical oncologist at Memorial Sloan Kettering Cancer Center, in a statement. “[Enhertu] shows early promise for transforming the standard of care for patients with HER2-overexpressing or HER2-mutated cancers and we look forward to continuing this important research in future clinical trials.”