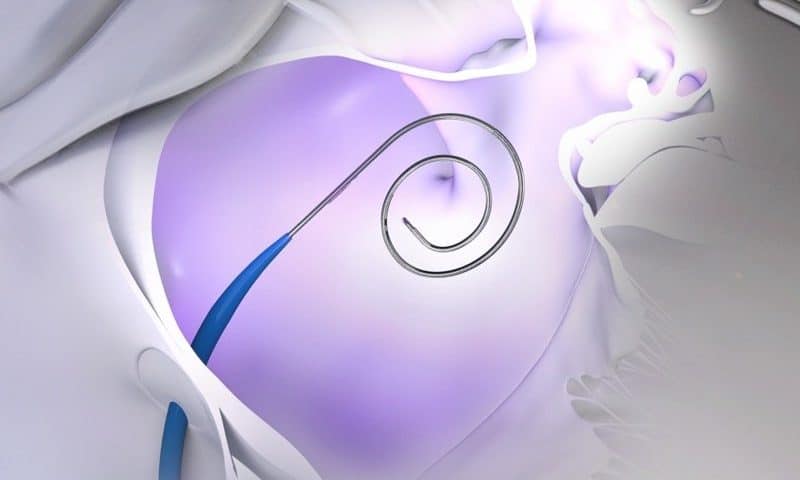 Boston Scientific aims to energize its cardiac portfolios by putting down $1.75 billion upfront for Baylis Medical to secure its devices designed to reach the far corners of the heart.

Baylis also provides a suite of guidewires, sheaths and dilators used to access the left atrium, including less-conventional approaches such as through the neck’s jugular vein or via blood vessels in the liver, as well as diagnostic hardware for mapping out the heart’s electrical pulses.

The two largest gains are represented by the NRG transseptal platform, which uses a quick, focused burst of radiofrequency energy to create a small hole in the heart’s inner wall. This allows the device to have a blunt tip versus a sharp needle and enables surgeons to fine-tune its position before making the crossing with less physical force.

Meanwhile, the three-in-one VersaCross system combines hardware for accessing the atrium, widening the pathway and delivering therapies, without requiring devices to be swapped out during a procedure.

The NRG system first gained an FDA green light in 2008, while the VersaCross was cleared last year. The companies estimate that Baylis’ RF-equipped needles are used in about 40% of left-heart procedures today.

“The talented and innovative Baylis Medical Company team combined with these transseptal platforms will enhance our efforts to improve procedural efficiencies with physician tools designed to make left atrial access safer and more predictable, with a focus on patient outcomes,” Boston Scientific’s chairman and CEO, Mike Mahoney, said in a statement.

Boston Scientific said it expects Baylis, its cardiovascular portfolio and about 800 employees to generate nearly $200 million in sales over the next year, following double-digit sales growth year-over-year for the past five.

By pairing up Baylis’ access products with its heart valves, left-atrial appendage occluders and ablation catheters—including the Afib treatment it acquired in a $295 million deal for Farapulse this year—Boston Scientific hopes to see a $1.5 billion addition to its total addressable market in the field, which is slated to reach about $13 billion by 2024.

The acquisition is set to close in the first quarter of 2022. Baylis’ Ontario-based affiliate—the radiology- and neurosurgery-focused Baylis Medical Technologies—will remain a separate company and is not part of the transaction.

But just last week the FDA alerted healthcare providers that women may see more harmful side effects than men after receiving the occluding implant. A registry study of nearly 50,000 Watchman patients showed higher rates of major bleeding and death, and the FDA said that it would work with both Boston Scientific and Abbott to explore the root cause of the disparity. The agency stated that at this time it believes the implants’ benefits continue to outweigh the risks.