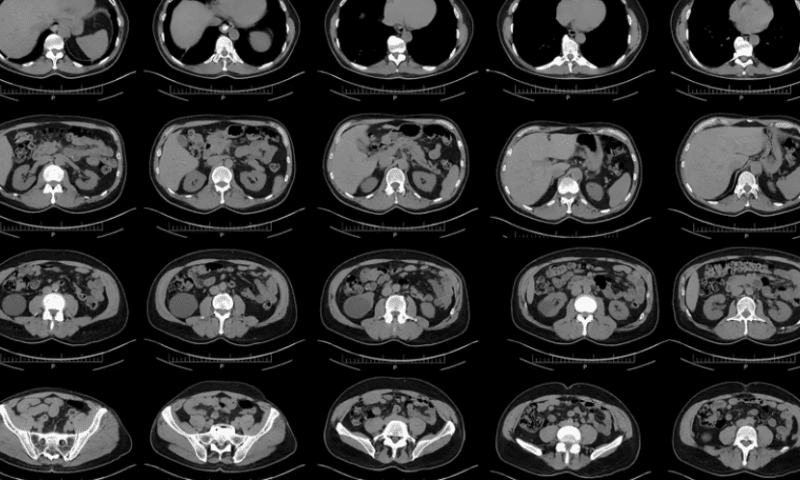 The most common—and deadliest—type of pancreatic cancer, pancreatic ductal adenocarcinoma, carries a five-year survival rate of less than 10%. Studies have shown that early detection can improve that rate by up to 50%, but there aren’t yet any reliable, widely used methods to catch the cancer early.

Researchers at Cedars-Sinai aim to change that. As described in a study recently published in the journal Cancer Biomarkers, they developed an artificial intelligence tool that showed promise in detecting pancreatic ductal adenocarcinoma using imaging data collected up to three years before an official diagnosis.

“This AI tool was able to capture and quantify very subtle, early signs of pancreatic ductal adenocarcinoma in CT scans years before occurrence of the disease. These are signs that the human eye would never be able to discern,” said the study’s senior author, Debiao Li, Ph.D., director of Cedars-Sinai’s Biomedical Imaging Research Institute.

The AI was trained to analyze CT images and look for certain changes in the texture of the pancreas’s surface that are potentially linked to the underlying molecular changes that take place as pancreatic cancer develops.

To do so, the researchers fed the AI a set of pancreatic scans that had been collected between six months to three years before 36 patients had their cancers diagnosed—scans that were deemed “normal” at the time. The AI learned the difference between cancerous and benign scans by comparing those to another data set taken from 36 patients who were not diagnosed with cancer.

After training, the AI model was found to be 86% accurate in predicting which individuals might eventually develop tumors.

That fact that the tool requires only CT images to make its predictions is a significant one, because even though there aren’t any obvious or unique symptoms associated with pancreatic ductal adenocarcinoma, according to study author Stephen Pandol, M.D., patients who go on to develop the cancer may experience general symptoms like severe abdominal pain or sudden weight loss that could prompt their healthcare providers to order a CT scan.

The researchers are now in the process of gathering pre-diagnostic CT scans from thousands more patients across the U.S. to continue validating the AI.

“Our hope is this tool could catch the cancer early enough to make it possible for more people to have their tumor completely removed through surgery,” said Touseef Ahmad Qureshi, Ph.D., first author of the study.

Cedars-Sinai is far from alone in developing AI that could ultimately be used to spot cancer and other diseases well before they have a chance to wreak havoc on the body. Mount Sinai spinout PreciseDx, for one, has developed algorithms that outperform human pathologists in predicting breast cancer, prostate cancer and Parkinson’s disease using only biopsied tissue slides.

French startup Owkin, meanwhile, presented data last fall showing how its deep learning AI was able to accurately classify a breast cancer patient’s risk of metastatic relapse within the next five years, and another study published last month described how a team of U.K. researchers developed a machine learning algorithm that can predict the risk that non-small cell lung cancer will recur within two years of radiation therapy.

Sage, Biogen get rolling on FDA submission for depression med