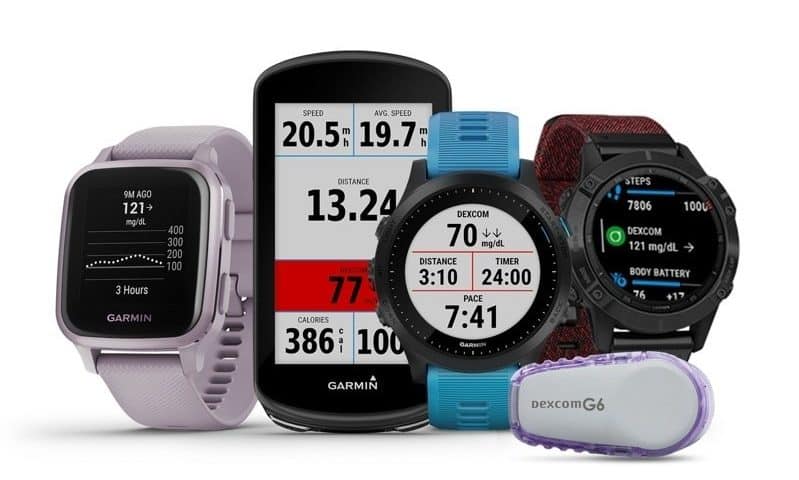 After receiving an FDA green light for the project earlier this year, Dexcom is now making its diabetes data available through consumer electronic devices.

Leading the way is Garmin, maker of GPS systems, smartwatches and fitness devices, with apps that can display a person’s blood sugar levels taken from Dexcom’s G6 continuous glucose monitors. This includes watches designed for runners as well as cycling computers that strap to a bike’s handlebars.

“Users can not only see which way their glucose levels are trending without having to take their phone out but can even do so while working out, when glucose levels have the potential to fluctuate quickly,” Dan Bartel, Garmin’s vice president of worldwide sales, said in a statement.

During the day, people with Type 1 or Type 2 diabetes can check in on their blood sugar from their wrist, with the companies’ Connect IQ apps showing trends across the previous three hours. And during a workout, the app provides real-time glucose levels alongside performance data.

Garmin marks the first partnership to reach the public through Dexcom’s new web-based API initiative, which also aims to integrate diabetes data with a wider range of connected devices as well as telehealth programs such as through Teladoc Health’s Livongo virtual clinic.

It’s one way for Dexcom to potentially stay ahead of the curve as multiple companies work to develop a new class of noninvasive biosensors that can measure glucose levels through the skin and potentially be built into everyday consumer smartwatches.

Apple has reportedly been chasing such an addition for years and recently served as the largest customer of Rockley Photonics, developers of light-based sensors that aim to track blood sugar as well as hydration and muscle lactate levels and even blood alcohol content.

Meanwhile, Know Labs unveiled its own radiofrequency-powered sensor this past month, built into a pocket-sized device that would allow people with diabetes to forgo fingersticks or sensors placed under the skin.

Elsewhere, Dexcom has been looking to expand the reach of its devices among people with Type 2 diabetes, including both those who are and are not undergoing intensive insulin therapies.

That would represent a large market boost, and it serves as a main pillar of the company’s growth strategy. Earlier this year, Dexcom delivered its first randomized, controlled study that showed people with Type 2 diabetes using background insulin could benefit from real-time data and see strong reductions in A1c and high blood sugar events.

The company also teased the next generation of its biosensor, the upcoming G7, which Dexcom has described as 60% smaller than the G6 while including an all-in-one sensor applicator and transmitter, with the ability to connect with various insulin delivery devices.