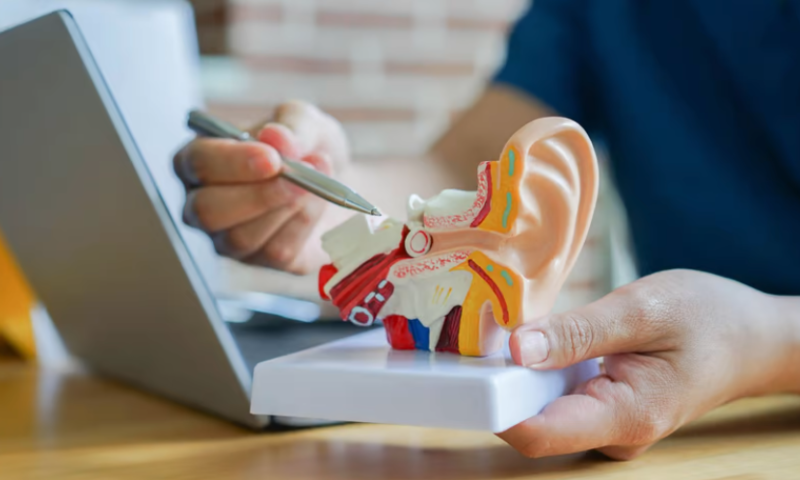 In news that’ll certainly be music to many ears, a surgeon-led team in Texas was able to successfully implant what it says is the first ear to be 3D-printed using the patient’s own cells.

The procedure took place at the Microtia-Congenital Ear Deformity Institute in San Antonio, Texas, using technology developed by New York-based 3DBio Therapeutics. It marks the first of what the partners are hoping will be 11 implants in a first-in-human clinical trial that’ll span the Texas institute and Cedars-Sinai Medical Center in Los Angeles.

3DBio’s AuriNovo uses 3D-printing technology to form an ear out of a patient’s auricular cartilage cells using a 3D scan of their opposite ear for guidance. The technology is meant to offer a less invasive implant process and a more accurate reconstruction than currently used methods to treat microtia, which rely on harvested rib cartilage grafts or inflexible porous polyethylene implants.

The AuriNovo implant is constructed using 3DBio’s own cell processing technology to rapidly expand a clump of cells taken from the patient’s impacted ear. Those cells are combined with the company’s sterile bio-ink to fill out the rest of the implant.

Microtia is a congenital deformity that leads to small, improperly formed or completely absent outer ears and can impact hearing. A rare condition, it affects anywhere between 1 in 2,000 and 1 in 10,000 babies born in the U.S. each year, per the Centers for Disease Control and Prevention.

The first patient in the trial was a 20-year-old woman whose right ear was small and misshapen at birth, according to The New York Times. The replacement ear, implanted in March, is a perfect match for her left ear and, like its twin, is able to regenerate cartilage tissue to help it heal naturally.

Arturo Bonilla, M.D., a pediatric ear reconstructive surgeon and the founder and director of the Microtia-Congenital Ear Deformity Institute, led the procedure. Future participants in the trial will be split between Bonilla’s team and another led by John Reinisch, M.D., director of craniofacial and pediatric plastic surgery at Cedars-Sinai.

“This is a truly historic moment for patients with microtia and more broadly for the regenerative medicine field as we are beginning to demonstrate the real-world application of next-generation tissue engineering technology,” said Daniel Cohen, Ph.D., CEO and co-founder of 3DBio.

Cohen noted that success in the microtia trial will also determine where 3DBio next directs its technology—expanding beyond cartilage-focused procedures to treat nasal and spinal defects into lumpectomy reconstruction and, potentially, organs.

The 3D-bioprinted reconstruction follows a handful of other recent groundbreaking advancements in transplant technology. Last fall, for example, surgeons at NYU Langone Health were able to connect a genetically modified pig kidney to a brain-dead human for the first time.

And, earlier this year, a team in Maryland successfully implanted a heart taken from a genetically modified pig into the body of a terminally ill 57-year-old man, ultimately extending his life for about two months.