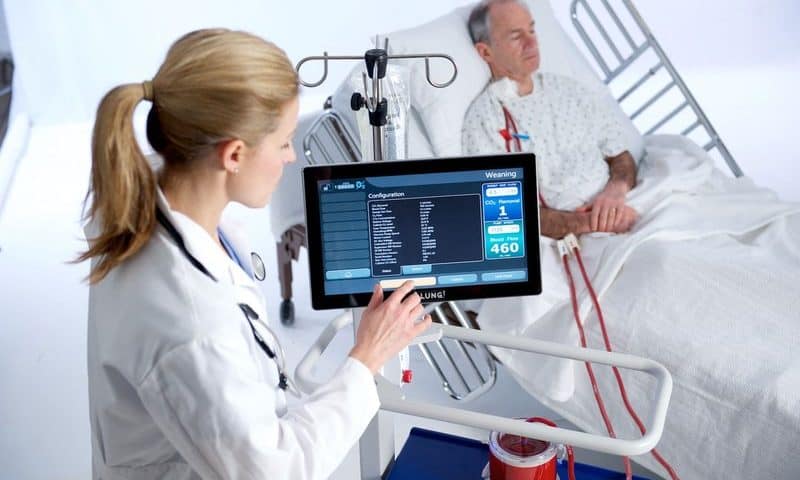 The FDA cleared a new type of life-support device from ALung Technologies that helps remove carbon dioxide from the bloodstream before returning it to the body, similar to a dialysis machine.

The agency’s de novo clearance marks a U.S. first for the device aimed at critically ill patients who have acute but reversible respiratory failure. It uses a technique known as low-flow extracorporeal carbon dioxide removal or ECCO2R.

The company’s Hemolung system previously received an emergency authorization early last year from the FDA for patients with lung failure due to COVID-19. The full regulatory green light opens up the hardware for use beyond COVID patients to adults for up to five days in cases where traditional ventilators are unable to adequately control carbon dioxide and blood pH levels.

The all-in-one device taps into a patient’s central vein using a single catheter and slowly exchanges blood at a rate of 350 milliliters to 550 milliliters per minute.

“The Hemolung will be an important new treatment modality for acute respiratory failure to avoid or mitigate the harms from invasive mechanical ventilation,” ALung’s medical director, Steven Conrad, M.D., Ph.D., said in a statement. The system also obtained a CE mark in Europe in 2013.

Patients with respiratory failure often see their carbon dioxide levels grow even while they may be getting enough oxygen. This led many intensive care units to rely on more complicated, high-flow hardware that takes over all of the work being performed by the lungs—extracorporeal membrane oxygenation devices, or ECMO machines—due to a lack of available alternatives.

“In order to demonstrate benefit over risk, ALung submitted data to FDA from over 1,000 Hemolung patient treatments on clinical safety and over 230 Hemolung patient treatments on clinical performance outcomes,” said ALung CEO Peter DeComo. “This clinical data along with all of our preclinical data demonstrated to the FDA that the clinical benefits of the Hemolung for ECCO2R therapy has been substantiated.”

Meanwhile, ALung is also conducting a separate clinical trial for the treatment of people with chronic obstructive pulmonary disease to examine whether the Hemolung system can help patients with exacerbations from the condition avoid the need for invasive ventilation.

So far, over 110 participants have been enrolled in the randomized study, the company said, which aims to recruit about 180 patients. In addition, at least 120 patients with severe COVID-19 respiratory failure have undergone treatment with Hemolung.

Fitbit shows it can track down atrial fibrillation in 450,000-strong heart study