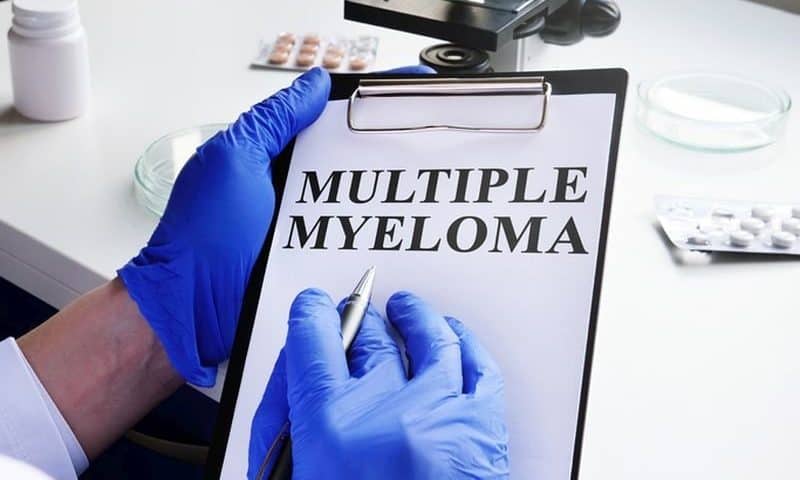 Precision medicine is all about designing tailored treatments for patients by dividing them into subgroups based on specific characteristics of their disease. With that approach in mind, scientists at the Icahn School of Medicine at Mount Sinai analyzed biological data sets from multiple myeloma patients and generated a computational model that allowed them to identify new subtypes of the disease.

By pooling DNA and RNA data from multiple myeloma patients, the Mount Sinai team developed the model, which they called the multiple myeloma patient similarity network (MM-PSN). Analysis of the network revealed new classes of high-risk patients for whom the team proposed drug candidates based on specific vulnerabilities, they explained in a Science Advances study.

To build the MM-PSN, the Mount Sinai researchers pooled whole-genome, RNA and protein-encoding exome sequencing data from 655 tumor samples. The samples came from newly diagnosed myeloma patients enrolled in the MMRF CoMMpass study. The model shows how patients are similar to one another based on their DNA or RNA profiles. The technique, referred to as “multi-omics,” could help identify patients who may respond to targeted drugs or immuno-oncology therapies “based on their genomic and transcriptomic profiles,” Lagana said in a statement.

The Mount Sinai team divided the patients in the MM-PSN into three main groups and 12 subgroups, revealing clear diversity within previously defined disease subtypes. Each subgroup shows differences in the activation of cancer-related pathways and other characteristics that could serve as powerful prognostic factors, they said.

For example, the scientists pinpointed an abnormality within an area of chromosome 1 called 1q gain as the most important single genetic feature associated with a high risk of relapse. Patients with a known chromosomal abnormality who also harbored 1q gain faced a significantly higher risk of relapse and shorter survival than did those without that pair of risk factors, the team found.

The analysis of MM-PSN helped the researchers identify therapeutic options, including existing drugs that might be repurposed for specific patient groups or subgroups. They proposed CDK4/6 inhibitors that are currently used to treat breast cancer, such as Pfizer’s Ibrance, as potential treatments for three subgroups that show an upregulation of the CCND1 gene. PARP inhibitors such as AstraZeneca and Merck’s Lynparza, which have mainly been used to treat ovarian cancer, could prove useful in another subgroup marked by the overexpression of PARP and increased genomic instability, they said. They also defined a subgroup of multiple myeloma patients who might respond well to BCL2 inhibitors such as AbbVie and Roche’s Venclexta.

Scientists are increasingly turning to large genomic data sets for clues to improving precision medicine in cancer. Last year, a study by the ECOG-ACRIN Cancer Research Group and the National Cancer Institute matched 37.6% of tumors from a large pool of cancer patients with genomic alterations that can be targeted with existing drugs, for example.

The Mount Sinai team is now focused on further analyzing and characterizing the MM-PSN subtypes to gain novel insights into the molecular mechanisms and pathways that drive each disease subtype and uncover novel therapeutic targets, Lagana said. A similar network approach could also be applied to other cancers, he added.

Flagship-founded Generate snags $370M to generate medicines based on proteins, the ‘building blocks of life’