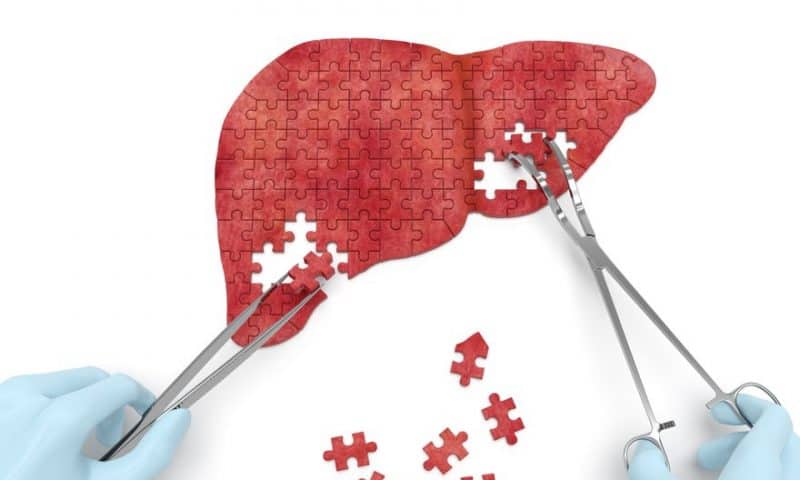 Hepion Pharmaceuticals’ liver disease drug is heading for a phase 2b trial after data from a midstage dosing study confirmed safety and tolerability while also collecting a bit of data that suggest efficacy.

CRV431 is being tested in patients with nonalcoholic steatohepatitis (NASH), which is when a buildup of fat in the liver causes scarring and damage.

The phase 2a trial, called AMBITION, met all of its main goals, which were trying to assess whether CRV431 is safe and tolerable when compared to placebo. Both doses examined in the top-line data were well tolerated with no serious adverse events. Some patients experienced mild adverse events, which Hepion said were found to be unrelated to the study drug.

Hepion also determined that the drug was present in the bloodstream long enough to support once-daily dosing.

While the trial was not specifically looking for efficacy, the study did show a reduction in a serum called alanine aminotransferase (ALT), which can be used as a surrogate biomarker to suggest improvement in NASH. ALT is an enzyme found in liver cells that at higher concentrations suggests liver damage.

Hepion cautioned that the patients did not receive liver biopsies, which would have provided more evidence to support efficacy. But both doses seemed to lower ALT levels by as much as 10% to 15%, according to Patrick Mayo, Ph.D., Hepion’s senior vice president for clinical pharmacology and analytics.

One of the investigators, Stephen Harrison, M.D., said NASH is a chronic disease that requires long-term treatment, so a well-tolerated therapy “would be advantageous.” Harrison is the medical director for Pinnacle Clinical Research in San Antonio and a visiting professor of hepatology at the University of Oxford.

“The observed changes in serum ALT at this early timepoint, along with the safety and tolerability data are very encouraging and suggest a potential positive impact of CRV431 on hepatocyte health relative to placebo,” Harrison said. “I am eagerly anticipating additional biomarker data for this cohort and am hopeful to see corroborating evidence of a biochemical effect.”

The results support the move to a phase 2b trial, which Hepion plans to kick off later this year. The company said the 2a results were crucial to advancing the program. The new midstage trial will involve NASH patients with advanced liver fibrosis with the results backed up by liver biopsies.

Additional data from the AMBITION study will be issued once Hepion completes its analysis.

Hepion has big plans for CRV431, which is for now being tested in NASH. But the company thinks it has an antiviral therapy that could tackle hepatitis B, C and D.

NASH is a highly competitive indication, with dozens of companies—big and small—working hard to bring a treatment to market. Gilead and Novo Nordisk are working on a cocktail through a fatty liver disease R&D pact that is set to be tested later this year. Terns Pharmaceuticals, backed by Eli Lilly, is pushing two NASH treatments into a phase 2a study in the first half of 2022.

But the disease has proven tricky, with several companies reporting failures deep into clinical testing. Genfit’s candidate failed in a phase 3 last year and NGM Biopharmaceuticals dropped plans to advance a therapy into late-stage testing after a phase 2b flop. NASH has big promise, with some analysts seeing tens of billions of dollars in sales per year, though the rocky path to be the first to approval has scaled back these forecasts.