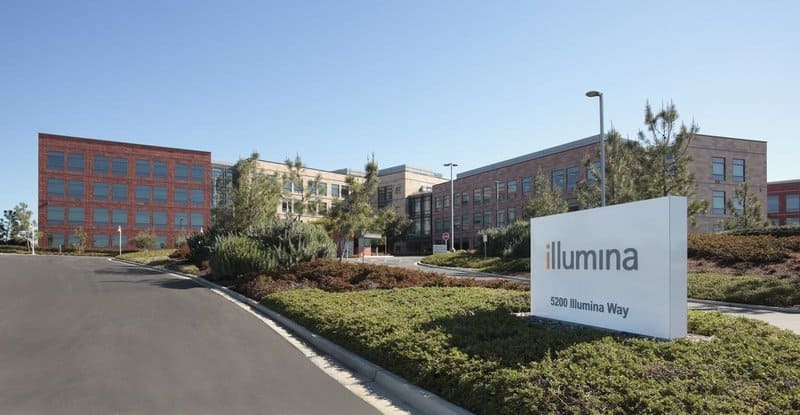 With a sneak peek at the DNA sequencing giant’s upcoming annual earnings report, Illumina announced it would post a new revenue record after sailing past the expectations it set at the start of 2021 by more than half a billion dollars.

The accelerating use of genomics in healthcare pushed Illumina to about $4.517 billion in 2021 revenue after the company logged the highest number of international product shipments in its history, CEO Francis deSouza said during a presentation at the annual J.P. Morgan Healthcare Conference. Those revenues mark an increase of 39% compared to the year before.

And the company doesn’t plan to slow down for 2022: Illumina projected sales of $5.15 billion to $5.24 billion for the coming year, or about 14% to 16% growth, as global demand continues to rise for sequencing hardware and research consumables in markets both inside and outside of the COVID-19 pandemic—such as new payer coverage for whole genome sequencing and the wider adoption of noninvasive prenatal testing.

Also to back up those sales predictions, the company outlined a slate of new products and partnerships that aim to set the stage for the coming year and beyond—starting with the unveiling of plans for developing long-read DNA sequencing capabilities for its currently installed base of about 20,000 machines.

Code-named Infinity, the updated library prep system will aim to deliver contiguous data up to 10 kilobase pairs in length to help sequence the tricky remaining 5% of the genome that has posed an obstacle to Illumina’s short-read machines.

Illumina had previously set its sights on acquiring its DNA sequencing rival Pacific Biosciences to gain access to its long-read hardware, which is capable of processing longer threads of genetic material, with a $1.2 billion offer made in late 2018.

However, both companies walked away from the deal in early 2020 after the Federal Trade Commission (FTC) levied a challenge, calling the acquisition “monopolist” and one that may have blunted Illumina’s incentive to innovate and develop its own long-read system.

And, while deSouza didn’t say the FTC was correct in that regard, he did say that the upcoming Infinity “really is totally different than anything you’ll see on the market right now” and would not require researchers to purchase new instruments if they already have an Illumina sequencer.

Illumina had quite a different response last year for antitrust regulators when it came to its $8 billion buyout of cancer test developer Grail. The company moved ahead with its deal, reuniting with its former spinout last August despite an ongoing investigation by the European Commission.

While Grail is being held at arm’s length until a final decision is made this year, Illumina still said it expects to see between $70 million and $90 million in sales of its Galleri diagnostic, which aims to detect the early signs of 50 different types of cancer through a single blood draw.

The European Commission’s competition authority had voiced the concern that Illumina’s control of a groundbreaking cancer test could tempt it into throttling the R&D work of potential diagnostic competitors, which widely rely on Illumina’s sequencing machines.

Those concerns aside, Illumina also made news on the cancer diagnostic front. It announced two partnerships with test developer Agendia and drugmaker Boehringer Ingelheim.

At the same time, it will work with Agendia to make sure its breast cancer tests are compatible with Illumina sequencers, allowing for diagnostic screening to be performed in-house at any equipped hospital lab.

“We want to increase the menu on those clinical sequencers for our customers and make them the compelling clinical platform choice,” Illumina Chief Medical Officer Phil Febbo, M.D., told Fierce Medtech in an interview.

“Agendia’s MammaPrint test will be a very attractive part of the menu for cancer testing laboratories that maybe don’t have the volume that require a NextSeq or NovaSeq, but they really want to provide testing for patients in their institution,” said Febbo, referring to Illumina’s higher-throughput systems.

“Decentralized testing is an incredibly important part of getting precision medicine across the globe, and oncology is certainly the leading field, but we see this building in genetic disease and reproductive health, of course, but also cardiovascular disease and metabolic diseases,” he said.

DeSouza also raised the curtain on a new Illumina project dubbed Chemistry X, which he described as a ground-up redevelopment of the company’s reagents, dyes and polymerases. The ultimate goal is to sequence a human genome for less than $100 while being faster and more accurate.

Illumina has already begun setting up a new large-scale manufacturing facility, deSouza said, and has slated Chemistry X to serve as the foundation for all of the company’s future platforms.