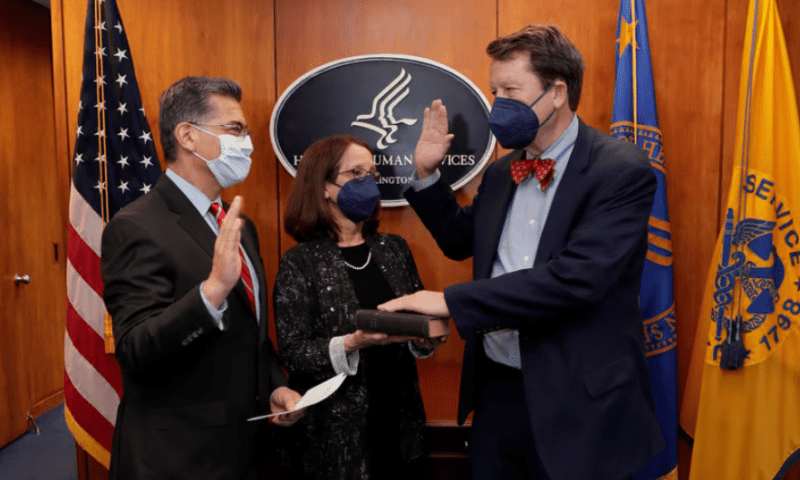 FDA Commissioner Robert Califf, M.D., has often been blunt and direct when outlining his goals and aspirations for the FDA since taking the helm for the second time earlier this year.

That trend continued in a new editorial Califf published Wednesday in Science, outlining his scientific priorities for the agency and how the biopharma industry should align with them. Specifically, he said companies and researchers should “review its priorities” and focus on developing more new treatments for common chronic diseases and addiction.

“Existing approaches to develop and assess pharmacologic therapies, medical devices and interventions for [common chronic diseases] and addiction, including behavioral techniques, should be reexamined by the biomedical community,” he wrote. Califf pointed to progress in Type 1 diabetes, multiple myeloma and cystic fibrosis as areas that benefited from strong partnerships between patients, companies and regulators.

For his part, Califf says the FDA will coordinate with NIH and its grantees to help oversee some of their research, along with the newly formed Advanced Research Projects Agency for Health—which remains without a leader.

It’s an extension of comments that Califf previously made during a press briefing that the Alliance for Health Policy hosted. At the briefing, he underscored chronic conditions as a disease area that could be well suited for the accelerated approval pathway. After being launched in the early 90s to invigorate the development of HIV treatments, cancer therapies has dominated the pathway for the last 10 years.

In his editorial, Califf also highlighted the potential benefit of further integrating digital data with research and clinical care. But he said with that focus should come renewed “attention to cyberattack vulnerability.” Focusing on healthcare’s digital infrastructure has been another area that Califf has delved into in recent months, with the biopharma industry trying to suss out how the FDA chief will consider “real-world” data in regulatory decision-making. The agency broadly defines it as any data pertaining to a patient or their health outcomes.

So far, Califf has been quick to note that there’s a difference between real-world data and real-world evidence, which he subtly reiterated in his editorial. Through complementary efforts from the FDA and biopharma industry, he writes, the hope is that updating digital infrastructure will enable “swift, systematic gathering of patient data, collectively yielding detailed understanding of ‘real-world’ benefits and risks of medical products.”

Blanchard abseils down from Everest, walking out as CEO with immediate effect