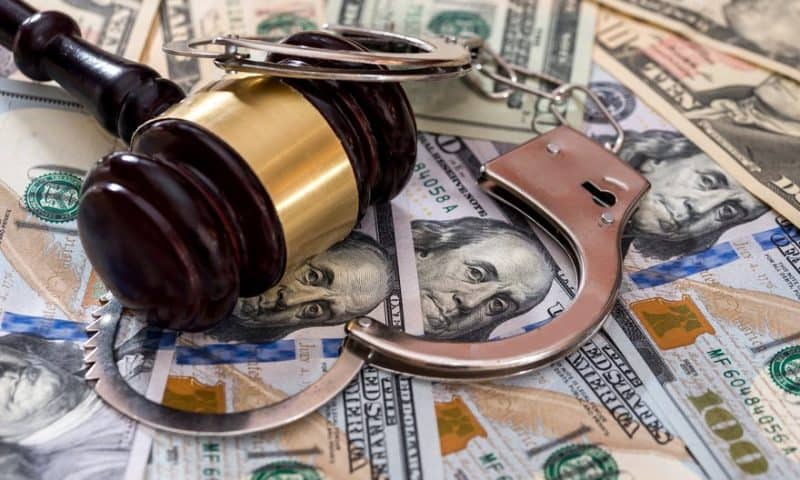 More than a year after the U.S. Department of Justice brought civil charges against SpineFrontier, the company is now facing criminal charges for an alleged long-term kickback scheme that saw it and at least two of its executives illegally paying surgeons and distributors to use SpineFrontier’s devices.

SpineFrontier—a Massachusetts-based maker of devices for musculoskeletal surgeries that also does business as LESspine—as well as Kingsley Chin, M.D., and Aditya Humad, the company’s CEO and chief financial officer, respectively, were charged this week with a total of eight federal crimes. The list includes six counts of violating the federal anti-kickback statute, plus one count each of conspiring to violate the statute and to commit money laundering.

Chin and Humad were arrested Tuesday, according to the DOJ.

Chin, Humad and SpineFrontier are said to have paid surgeons millions of dollars in what they called “consulting fees” but federal prosecutors have labeled bribes. The consulting contracts allegedly paid surgeons between $250 and $1,000 per hour, sums believed to have been calculated based on how many procedures each surgeon performed with SpineFrontier’s devices and the revenues those procedures generated for the devicemaker.

The surgeons raked in totals ranging from $32,000 to $978,000 in consulting fees, per the indictment, even as prosecutors allege little to no consulting work was actually performed. In turn, SpineFrontier earned millions in revenues for the use of its devices in surgeries that were paid for by government healthcare programs such as Medicare and Medicaid.

“Kickbacks paid to surgeons as sham medical consultants, as alleged in this case, cheat patients and taxpayers alike,” said Phillip Coyne, lead investigator at the U.S. Department of Health and Human Services inspector general’s office. “Working with our law enforcement partners, we will continue to investigate kickback schemes that threaten the integrity of our federal healthcare system, no matter how those schemes are disguised.”

The criminal charges come about a year and a half after federal prosecutors intervened to consolidate a pair of whistleblower cases against SpineFrontier into a single federal civil suit.

That case, which is still pending, claims that SpineFrontier and its executives paid spine surgeons more than $8 million between October 2013 and December 2018 to use the company’s devices—payments that were once again classified as consulting fees.

Nearly three dozen surgeons were named in the civil claim. So far, at least six have admitted wrongdoing and paid fines totaling about $3.3 million. A seventh, Missouri’s Jason Montone, D.O., pleaded guilty in August 2020 to participating in the kickback scheme and received a recommended sentence of one year of supervised release and a fine of $379,000, the amount he was paid by SpineFrontier.

At that time, Kansas-based distributor John Balzer also pleaded guilty to receiving illegal payments from SpineFrontier in the form of commissions for selling the products to Montone. Prosecutors recommended a similar sentence of one year of supervised release and the forfeiture of the more than $1.2 million he received in commission payments.

And SpineFrontier isn’t the only medical devicemaker believed to be involving physicians and distributors in wide-ranging kickback schemes: A recent Kaiser Health News investigation estimated that surgeons pocketed more than $3.1 billion from manufacturers between August 2013 and the end of 2019.