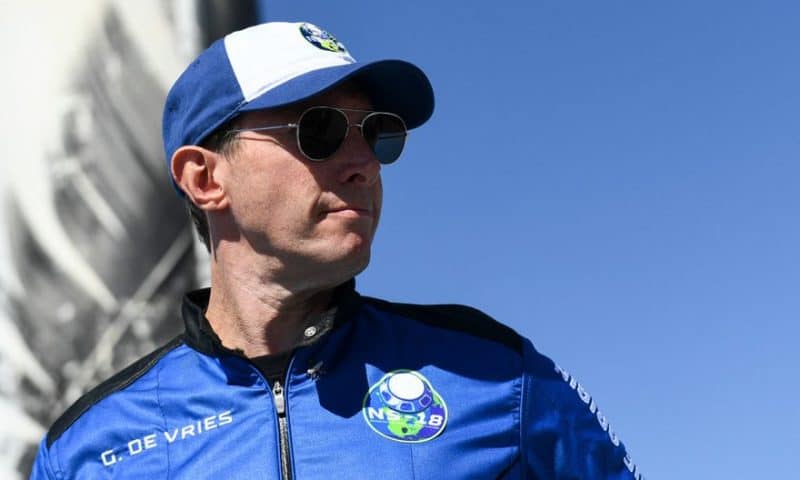 Glen de Vries, co-founder of the life sciences software provider Medidata, died in a plane crash last week, less than a month after flying to space with actor William Shatner aboard a Blue Origin rocket.

A Cessna aircraft piloted by de Vires crashed under unknown circumstances in a wooded area of New Jersey on Nov. 11, according to a Federal Aviation Administration incident report. Both de Vries and his passenger, Thomas Fischer, died in the incident. Fischer was the owner of New Jersey flight school Fischer Aviation where de Vries trained.

De Vries, 49, founded Medidata in 1999 as a provider of software to advance clinical research with technology. The company was acquired by Dassault Systèmes in July 2021, with de Vries most recently serving as Life Sciences & Healthcare vice-chair for the new parent company.

“Our thoughts and support go out to Glen’s family. Our deepest sympathy also goes out to our Medidata team, which Glen co-founded. His tireless energy, empathy and pioneering spirit left their mark on everyone who knew him,” a spokesperson for Dassault Systèmes said in a statement. “We will truly miss Glen, but his dreams—which we share—live on: we will pursue progress in life sciences and healthcare as passionately as he did.”

Outside of his work for the CRO, de Vries was one of four crew members to fly to space aboard Amazon founder Jeff Bezos’ Blue Origin rocket in October. Also among the crew was Star Trek actor William Shatner, who set the record for oldest person ever to fly to space during the flight.

“We are devastated to hear of the sudden passing of Glen de Vries. He brought so much life and energy to the entire Blue Origin team and to his fellow crewmates,” Blue Origin said in a statement. “His passion for aviation, his charitable work, and his dedication to his craft will long be revered and admired.”

Bezos also commented on de Vries’ death, saying that “the world lost you too soon, Glen.”