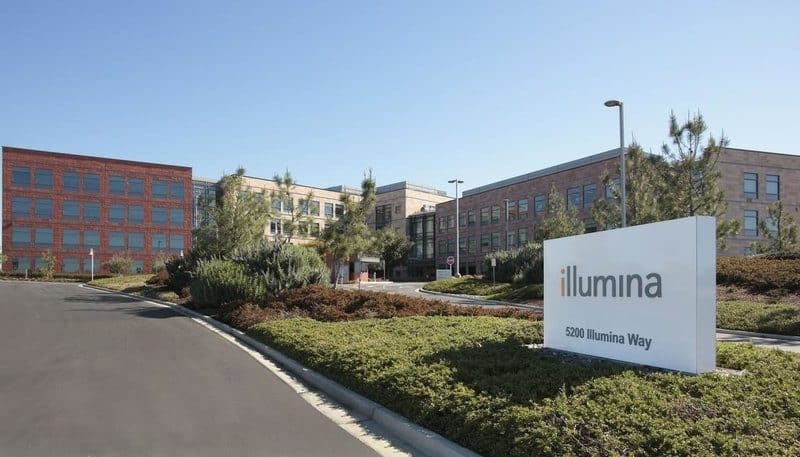 Less than a year after teaming up with Myriad Genetics to help boost the reach of its test for ovarian cancer mutations—and with Merck to study the potential usage of that expanded diagnostic—Illumina is doubling down on the initiative.

The genomic sequencing giant formed a new partnership with Merck to further develop and commercialize that companion diagnostic as well as a research-use-only version for the same genetic variants.

Both tests will be designed to identify mutations linked to homologous recombination deficiency, or HRD, where tumor cells are less able to fix broken strands of DNA. Ovarian cancer patients with the mutation have been found to respond well to PARP inhibitors, a type of targeted cancer drug, reducing the need for intensive chemotherapy and radiation exposure.

Because an estimated 50% of all women diagnosed with late-stage ovarian cancer have HRD-positive tumors, regular HRD testing could lead to major improvements in the overall outcomes of ovarian cancer patients—which is where Illumina, Merck and Myriad come in.

The companion diagnostic will combine Illumina’s TruSight Oncology 500 assay, a next-generation sequencing test that analyzes more than 500 cancer-related genes, with Myriad’s myChoice CDx, which detects variants in the BRCA1 and BRCA2 genes to determine HRD status.

The myChoice CDx test has already been approved on its own as a companion diagnostic for use with Merck and AstraZeneca’s PARP inhibitor Lynparza (olaparib). Integrating Illumina’s sequencing technology will offer more comprehensive tumor profiling capabilities to the HRD-detecting test, according to the companies. In addition, the new Lynparza test is developed specifically for use in the U.K. and the EU.

Illumina’s research use only HRD test, meanwhile, will be added to the TruSight Oncology 500 menu and will be available in countries outside of the U.S. and Japan.

This partnership builds on collaborations with Merck and Myriad that Illumina announced at the annual J.P. Morgan healthcare conference in January. At the time, Illumina said it would work with Myriad to create a kit-based version of the myChoice CDx for international distribution and with Merck to study that kit—collaborations that have evidently both proven successful throughout the ensuing months.

Those projects and a handful of others also announced at the conference share a common goal of expanding Illumina’s genomic sequencing offerings for cancer diagnosis, a mission spearheaded by the company’s dogged pursuit to acquire former spinout Grail.

That $8 billion quest was completed just last month, even as trust-busting regulators in Europe and the U.S. continue to review the buyout. For now, Grail will stay a separate, wholly owned subsidiary of Illumina as its new parent company works to bring Grail’s multi-cancer blood test to thousands of patients in the U.S. and Europe.