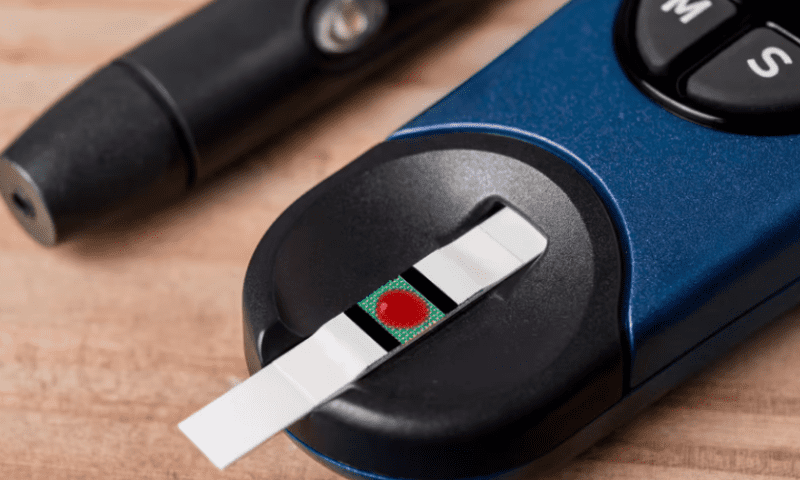 It’s long been believed that targeting the immune system is the key to preventing Type 1 diabetes. But new research from the University of Chicago questions that hypothesis by finding success targeting beta cells directly.

According to a new study published in Cell Reports, knocking out or deleting the gene Alox15, which produces the enzyme 12/15-Lipoxygenase, triggered a cascade of benefits in mice. Specifically, eliminating the gene helped preserved beta cells, which produce insulin in the pancreas, and reduced the amount of infiltrating T cells that, ultimately, prevented Type 1 diabetes from forming. Alox15 is predisposed in people with Type 1 diabetes, and 12/15-Lipoxygenase is associated with inflammation in beta cells.

“When we got rid of this gene, the beta cells no longer signaled to the immune system and the immune onslaught was completely suppressed, even though we didn’t touch the immune system,” said senior author Raghavendra Mirmira, M.D., Ph.D. “That tells us that there is a complex dialogue between beta cells and immune cells, and if you intervene in that dialogue, you can prevent diabetes.” Mirmira is a professor of medicine at the University of Chicago and director of the university’s Diabetes Translational Research Center.

To test this theory—and knock out Alox15—scientists treated six-week-old non-obese diabetic mice with beta cell inflammation that had yet to result in diabetes with Nolvadex, an estrogen receptor modulator approved to treat breast cancer. The med reduced Alox15 expression by roughly 80%, and researchers subsequently identified a reduction in inflammation in pockets of beta cells called islets.

When assessing how the lack of Alox15 impacted gene expression, scientists found that beta cells in treated mice had increased expression of Cd274, a gene that codes for the immune checkpoint protein PD-L1. That protein plays a critical role in managing T-cell tolerance and autoimmunity. When treated with a monoclonal antibody that blocks PD-L1, the diabetes phenotype returned. However, PD-L1 levels were found to be mitigated by cells’ integrated stress response.

The findings are a critical piece of additional evidence to what’s been an ongoing reevaluation of how Type 1 diabetes begins. Past research has focused on an array of biological players critical to the function of the immune system and inflammation, including a collaboration between scientists at Benaroya Research Institute and Amgen to look at the cell signaling cytokine IL-2.

But instead of homing in on the immune system, beta cells themselves may be triggering this process. Another University of Chicago scientist and co-author of the latest paper, Sarah Tersey, Ph.D., published some of the first research pinning the start of the disease on beta cells back in 2012. Now, the new data suggest a correlation between increased expression of PD-L1 and diabetes prevention. The authors concluded that “our studies provide an approach by which these proteins might be increased for [Type 1 diabetes] therapy, namely through inhibition of limiting 12/15-Lipoxygenase and/or the [cell’s] integrated stress response.”

Dyne another day: DMD therapy back on track after FDA lifts clinical hold