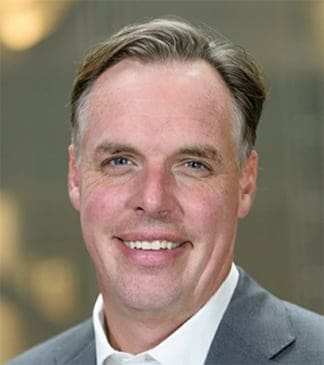 Exo Therapeutics snagged $78 million in series B funds to get closer to its vision of reprogramming enzymes without toxic side effects and the ability to precisely hit the desired target.

The Novartis-backed biotech added a roster of venture investors that can also get Exo onto Wall Street in the coming years, should it want to, said Michael Bruce, Ph.D., CEO of Exo, in an interview.

“After this raise, we would have an option to think about how we would go public. We are also actively discussing and reaching out to various potential pharmaceutical partners who could bring in things like nondilutive capital,” Bruce said. The CEO helped bring Kaleido Biosciences through an initial public offering as a senior vice president and, before that, helped CRISPR Therapeutics ink deals with Vertex and Bayer.

For now, proceeds from the series B will help Exo go after four preclinical, small-molecule programs that target exosites rather than enzyme’s active sites.

By pinning its hopes on exosites, the biotech hopes it can solve three big issues: accessing enzymes that were previously undruggable because of an active site being blocked; drugging one member of a family of enzymes rather than the whole group; and, for those enzymes that can perform multiple duties, drugging a specific functionality rather than its entire skill set, Bruce said.

Only about 7% of the 10,000 known enzymes have been drugged, Bruce said. Exo is attempting to address that large gap and is based on the research from the labs of David Liu, Ph.D., a vice chair at Harvard and MIT’s Broad Institute, and Alan Saghatelian, Ph.D., a professor at Salk Institute for Biological Studies.

“So, there’s this huge swath of enzymes that are involved in human disease, and we would love to be able to drug them, but for a variety of reasons we’ve struggled over the last 40 years or so,” the CEO said.

Exo is keeping its indications under wraps for now, Bruce said, noting the biotech has three programs in oncology and one in inflammation. All four survived to the latest round of lead development, whereas it’s typically expected that only two or three programs would have made it to this point, Bruce said, hence the size of the series B.

The funds will bankroll preclinical work and get at least one candidate into clinical trials in the “next couple of years,” Bruce said.