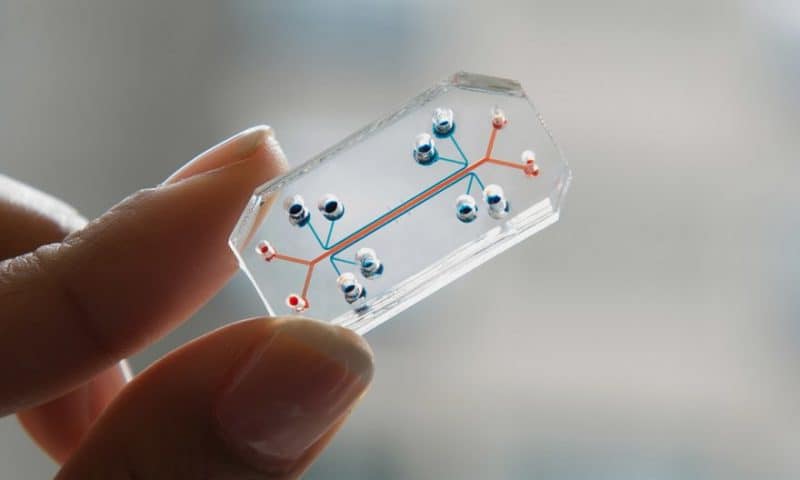 The organ-on-a-chip developer Emulate has raised $82 million to boost its offerings aimed at replicating human biology through easier-to-manage in vitro cellular models.

Used in past drug development collaborations with the likes of AstraZeneca, Johnson & Johnson and Covance, Emulate’s chips contain tiny channels lined with living tissue that can be manipulated to mimic the forces of breathing or digestion. Subjecting the chips to potential drug candidates can allow researchers to observe their effects without costly human testing or potentially less accurate animal models.

The series E financing round was led by previous backer Northpond Ventures and joined by Perceptive Advisors, bringing Emulate’s lifetime venture funding total to nearly $225 million since its 2013 founding.

The new proceeds will help scale up the company’s R&D activities and develop new organs-on-a-chip aimed at immunology, neuroinflammation, cancer and more. In addition, the funds will help Emulate extend its commercial reach in the Asia-Pacific region through deals with two new distributors.

“With biomedical research and pharmaceutical industries focused on leveraging the human immune system in the development of new biologic medicines, immunotherapies and vaccines, human-relevant modeling methods are clearly essential to the success of development programs designed to improve human health,” Sam Chawla, portfolio manager at Perceptive, said in a statement.

Meanwhile, other companies working to develop miniaturized cellular models are also bringing in large funding rounds, with the tumor organoid-focused Xilis posting a $70 million round this past summer.

Xilis’ technology comes into play after cancer has been diagnosed, by using tissue samples to recreate an accurate cellular model that can be tested against a variety of different treatments to find the most helpful course.

Earlier this year, Emulate launched a colon intestine chip geared toward conditions such as inflammatory bowel disease and celiac disease to help researchers better understand the body’s interactions with the gut microbiome.

In late December 2020, the company unveiled a neurovascular chip that models the blood-brain barrier, a key hurdle to getting potential drugs where they are needed to treat conditions like Alzheimer’s, Parkinson’s and other neurodegenerative diseases.