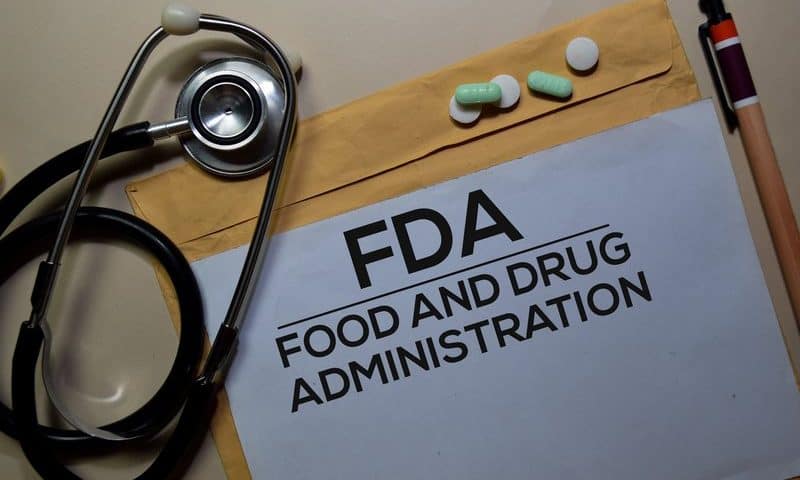 After months of delays to JAK inhibitor drug approvals because of ongoing safety reviews, the FDA relegated several already-approved drugs in the class made by the biggest pharmaceutical companies to second-line treatment last week, leaving the next generation of JAKs in limbo.

The agency’s move stems from a Xeljanz postmarketing study that sent shock waves across the JAK landscape. The trial turned up an increased risk of serious heart-related side effects and cancer compared with traditional TNF blockers, like AbbVie’s Humira, in patients with rheumatoid arthritis. The drugs’ labels now have to warn consumers of increased risks of serious heart-related events, cancer, blood clots and death.

Therapies waiting in the approval queue will likely have a tougher shot going forward—and, if they are approved, the payoff won’t be as big as expected.

“The commercial opportunity will be smaller than they initially thought,” said Les Funtleyder, a healthcare portfolio manager at E Squared Capital and board member of various biopharmas, in an interview with Fierce Biotech.

JAK inhibitors are used to treat autoimmune and inflammatory diseases and work by decreasing activity in the immune system. They reduce the response of Janus kinases and related signaling pathways to limit production of inflammatory proteins.

While the FDA was reviewing the Xeljanz data, the agency delayed decisions for other drugmakers. Incyte and partner Eli Lilly, for instance, attributed a delay for Olumiant to the agency’s JAK safety review. AbbVie ran into delays for new Rinvoq indications in March, April and June. Pfizer’s other JAK inhibitor, abrocitinib, faced the same hurdles in April. And it happened twice to Incyte in June.

Now, there could be more trouble ahead for these and other JAK inhibitors waiting to get an FDA green light. Previously estimated to generate $17.2 billion in 2030 sales, Rinvoq’s projection has slipped to $11.2 billion, Bernstein analysts said in a note.

It could be a one-two punch for Pfizer in particular. The Big Pharma’s JAK inhibitor portfolio is “shrinking in potential and significance,” SVB Leerink analysts wrote in a note. Pfizer touted abrocitinib last week, saying it beat Sanofi and Regeneron’s blockbuster Dupixent in a phase 3b trial of patients with atopic dermatitis. Pfizer has estimated that abrocitinib could generate $3 billion in annual sales, according to analysts.

Abrocitinib’s fate is on the line as SVB Leerink analysts expect the drug to “carry exactly the same restrictions and labeling” as the already-approved therapies.

Funtleyder agreed that other JAK inhibitor drugs could be looped in to the expanded labeling.

“At this point, you have to assume that the FDA assumes that there’s going to be a class effect and not an individual effect, and so everybody is going to get the same treatment, quote-unquote, from the agency and probably the same wording on the label, unless they can somehow differentiate, but that would be a tough one for the companies to do,” the investor and board adviser said.

Pfizer declined to comment on abrocitinib because it’s under FDA review, and the Big Pharma is “in continuing dialogue with the FDA” about the agency’s assessment of Xeljanz, according to a statement.

SVB Leerink noted that the FDA did not mention the outlook for abrocitinib nor whether its reviews of Rinvoq for treating other diseases—including psoriatic arthritis, ankylosing spondylitis and atopic dermatitis—will be affected by Wednesday’s decision.

There’s a chance the JAK class has a tougher time winning approvals for dermatology conditions where disease severity “may not merit the perceived risks of JAK inhibitors,” Bernstein analysts said. That includes atopic dermatitis and psoriasis. Incyte’s baricitinib is approved for atopic dermatitis in more than 40 countries, but not in the U.S. Xeljanz is also approved for psoriasis.

To be clear, the FDA has rejected JAK inhibitors in the past, including Gilead’s filgotinib in rheumatoid arthritis over safety concerns last August. Gilead then stopped three filgotinib trials in other indications two months later.

“We don’t expect Gilead to re-file the filgo application in the U.S., and thus they will abandon their entire commercial participation in the product,” SVB Leerink analysts predicted.

The FDA’s updated JAK warning “does not change our regulatory strategy,” a Gilead spokesperson said in a statement. “We continue to assess the right approach for filgotinib in the U.S. with our partners, Galapagos, keeping in mind that there is a high bar for filing in the U.S. for Crohn’s disease and ulcerative colitis.”

Funtleyder doesn’t see companies stopping trials because of the FDA’s action, but the commercial landscape will take a hit, he said.

Other companies, aware of the safety limitations for the JAK class, are searching for other ways to keep the efficacy but lose the adverse events.

Roche culled an early-stage inhaled JAK inhibitor for asthma in April, but the Swiss Big Pharma remains interested in developing inhaled forms of the drug class for respiratory diseases, a spokesperson said in an email.

“[W]e believe inhalation delivery with its associated local exposure will limit systemic exposure and potentially avoid side effects from systemic JAK inhibition,” the spokesperson said. Roche continues to follow the field of JAK inhibitors and is discussing the new safety warnings. “While early clinical trials with our own inhaled JAK inhibitors have not demonstrated the side effects described by the FDA, the number of individuals treated thus far is too small to draw definitive conclusions.”

Theravance is one small biotech still in the clinic with a JAK inhibitor. After missing the primary endpoint in a phase 2b trial for ulcerative colitis last month, the company is still moving forward with a phase 2 study of the drug, izencitinib, in patients with Crohn’s disease. Izencitinib showed no increased risk of infection, thromboembolic events and “no clinically significant laboratory changes typical of system JAK inhibitors” in the ulcerative colitis trial, CEO Rick Winningham said in an email Thursday.

JAK inhibitors are similar to other systemic drugs in that they can cause “debilitating systemic side effects and result in the inability to dose high enough for optimal efficacy,” Winningham said. Theravance didn’t see efficacy in the ulcerative colitis trial partly because of a cautious approach to dosing, executives said at the time of the failure. Theravance is attempting to create a new generation of the medicines, the CEO said.

Further yet, startups have emerged in the JAK scene. Kinaset unveiled with $40 million for a pan-JAK inhibitor for asthma last November.

Meanwhile, other upstarts and Big Pharmas alike are looking to evade the limitations and safety concerns of JAKs by tackling TYK inhibitors. Skeptics view TYK2 as the “fourth JAK,” SVB Leerink said in its note.

Esker Therapeutics launched with $70 million for a TYK2 inhibitor, initially for psoriasis, in May. Bristol Myers Squibb is expecting regulatory approval in 2022 for the TYK2 inhibitor deucravacitinib, which showed promising results in two pivotal trials in psoriasis. The drug will likely face risks following the FDA decision, according to Bernstein.

“It is likely that the developers of these medicines will also be required to complete similar large [cardiovascular] safety studies either before or after their first approvals, and certainly before they get frontline indications in their respective indications,” SVB Leerink analysts wrote in their note.

A mini-CRISPR system could be ‘Swiss knife’ in gene editing