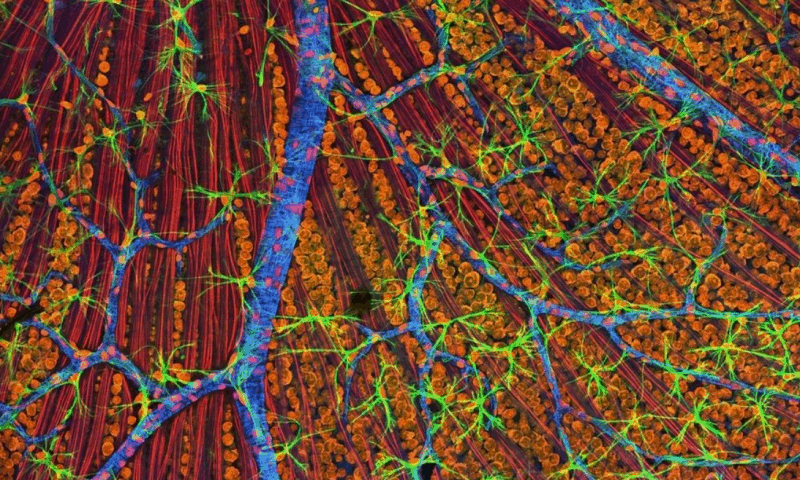 Rebus Biosystems has launched what it describes as its new “spatial omics” system, designed to give researchers a closer look at the output of individual cells across tissue samples.

The company’s Rebus Esper platform uses laser-powered optics to take multiple high-resolution images of a tissue slide before digitally stitching them together to spot nuclei and categorize cellular features. The system also integrates single-molecule fluorescence in situ hybridization, or smFISH chemistry techniques, to observe gene and RNA expression in their original locations.

When combined, Rebus says the technique allows researchers to analyze tens of millions of cellular features among hundreds of thousands of cells as well as to run customizable assays to profile up to 30 different genes.

In one example, the system analyzed a slice of a mouse’s brain. Over two days of imaging and data analysis, it identified over 120,000 individual cell nuclei and about 14 million RNA spots, revealing the patterns of particular cell types and their distribution across the tissue.

“We are delighted with the early excitement we’ve seen in the market for our platform and pleased to now offer this technology to customers worldwide to bring into their own labs,” Sargeant said.

Later this year, the company plans to release a suite of assays for additional multiplexing and protein co-detection while also enabling the use of formalin-fixed, paraffin-embedded tissue samples.

The launch comes after Rebus raised $20 million during a series B round last November. The company, formerly known as Optical Biosystems, had previously offered early access to its spatial transcriptomics applications through a service program.

OrbiMed collects $3.5B for a trio of life sciences, healthcare funds