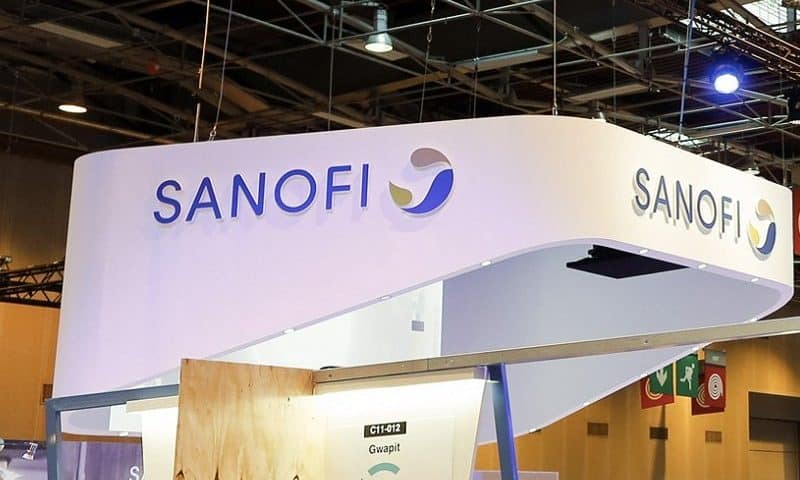 Two weeks after saying the breast cancer hopeful amcenestrant could be at the forefront of future treatments, Sanofi has secured partners for a phase 3 trial to study the drug versus the hormone therapy tamoxifen.

The Breast International Group (BIG), the European Organization for Research and Treatment of Cancer (EORTC) and the Alliance Foundation Trials (AFT) will initiate the pivotal trial with the French Big Pharma.

The AMEERA-6 study will look at amcenestrant versus tamoxifen, a hormonal therapy approved by the FDA in 1998 for women with estrogen receptor-positive breast cancer who prematurely ended standard therapy and are susceptible to a return of the disease.

Amcenestrant, which is an oral selective estrogen receptor degrader (SERD), “has the potential to become a best-in-class oral endocrine backbone therapy,” said Peter Adamson, M.D., global head of oncology development at Sanofi, in a statement.

The add-on therapy aims to prevent and slow down disease progression. Current adjuvant therapies, like aromatase inhibitors, have side effects that lead some women to end medication early, said David Cameron, BIG executive board chairman, in a statement.

Two weeks ago, Sanofi presented pooled data of amcenestrant from the phase 1 AMEERA-1 trial, which hit an objective response rate of 34% and a clinical benefit rate of 74% when combined with Pfizer’s approved breast cancer med Ibrance.

As part of the American Society of Clinical Oncology presentation last month, Sanofi said AMEERA-3, a potential registrational study attempting to show amcenestrant is superior to physician’s choice in a second-line setting, was delayed from the second quarter to the latter half of this year.

Analysts from Jefferies have been impressed by the early data from the AMEERA-1 program but said the AMEERA-3 delay “does not help build confidence in establishing belief in the pipeline.”

Sanofi will not be first in the SERD game—AstraZeneca’s Faslodex holds that title—but the French drugmaker hopes to avoid the pitfalls of the 20-year-old med that had to be delivered through intramuscular injection. This painful delivery mechanism held back sales.

Jefferies estimates the SERD market is a $2 billion to $3 billion opportunity. Sanofi is going up against Roche in trying to bring a new SERD through the clinic as well as AstraZeneca, which has a second-generation therapy in the works.

As Medtronic discontinues faulty HeartWare device, Abbott offers up its own heart pump to meet demand