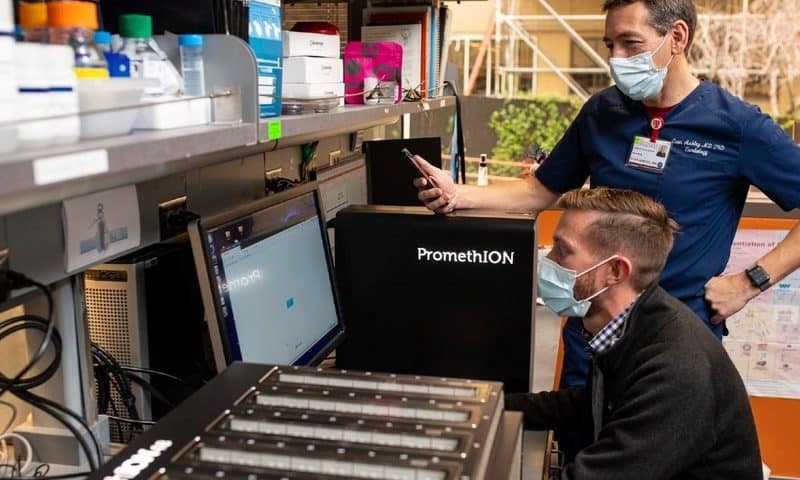 Though much of the current innovation in the healthcare field is aimed at speeding up time to diagnosis, it can still take days or even weeks of waiting for test results and genetic analyses to come through before patients receive definitive answers about mysterious health conditions.

Thanks to a group of scientists at Stanford Medicine, however, the elusive same-day diagnosis may finally be within reach.

Led by Euan Ashley, a professor of medicine, genetics and biomedical data science, the university’s researchers have developed a rapid genomic sequencing approach that’s able to accurately analyze an individual’s complete DNA makeup in as little as five hours.

That, in turn, drastically cuts down on the time to diagnosis. A paper about the team’s work that was published this week in the New England Journal of Medicine describes how they were able to sequence a patient’s entire genome and offer a diagnosis all in the span of just seven hours and 18 minutes—nearly twice as fast as the previous 14-hour record set by the Rady Children’s Institute for sequencing-based diagnosis.

The sequencing portion of that analysis took just five hours and two minutes, a feat that was certified by the Guinness World Records to take home the first title for the fastest DNA-sequencing technique.

To develop their “mega-sequencing” approach, the Stanford team tapped Oxford Nanopore Technologies and its new DNA analyzer that contains 48 sequencing units. The scientists used all 48 flow cells at once to perform long-read sequencing, funneling the ensuing onslaught of genomic data into a cloud-based storage system.

Once in the cloud, algorithms gave the data a first pass to highlight any mutations in an individual’s genes indicating potential disease. The research team then performed their own analysis, comparing the identified variants to those known to cause disease.

“I think we can halve it again,” Ashley said in a statement. “If we’re able to do that, we’re talking about being able to get an answer before the end of a hospital ward round. That’s a dramatic jump.”

As described in the newly published study, the team used their new approach to sequence the genomes of 12 patients. They were able to detect genetic diseases in five of the patients, a rate about 12% higher than the standard for diagnosing mystery diseases.

Those cases included that of a 13-year-old with heart failure who was found in the sequencing process to have a mutation in a gene linked to heart function. He was placed on the transplant list immediately after that discovery, received a new heart within three weeks and now, a year later, is doing “exceptionally well,” his mother told Stanford.

Now, the scientists will bring the technology to nearby intensive care units—at Stanford Hospital and Lucile Packard Children’s Hospital Stanford—before expanding to other hospitals.