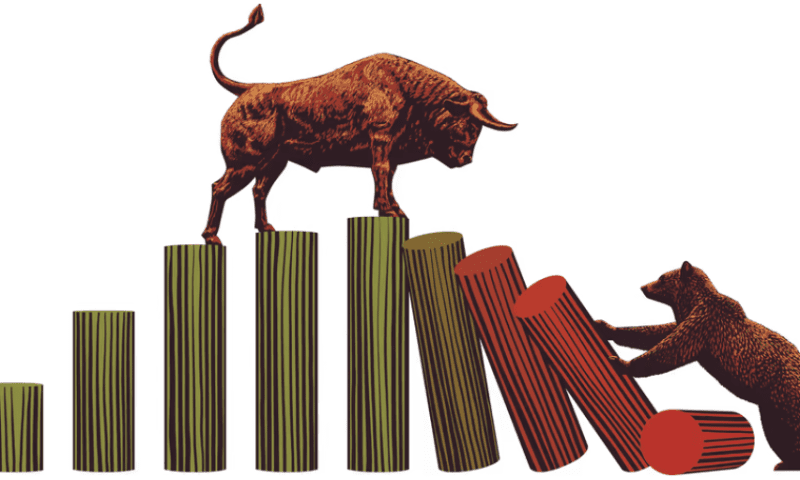 Just when biotechs could use cash the most, the well has dried up. Venture financing deal value for U.S.-based biotechs decreased by 46% in the first quarter, compared to the same period a year ago, GlobalData said.

VC firms have become more selective because of the biotech market downturn and geopolitical uncertainties, the analytics firm said in a Friday report.

At the same time, dozens of biotechs are laying off staff and scrambling for funding to advance their assets. WindTree Therapeutics, as one example, got some decent clinical results earlier this year for a cardiogenic shock med. But the CEO went public this week with his struggles to fund the candidate’s move into phase 3. The company is considering a number of strategic options, including selling off that lead asset, licensing it out in various regions and M&A.

Other companies are starting to see therapies stumble in the clinic—a correction that comes after the biotech boom years fueled an oversaturation of new companies.

Biotechs rushed to go public in 2021 with inflated stock prices, only to see the market plummet into bear territory a year later, GlobalData Business Fundamentals Analyst Mariam Shwea said. Stock prices have plummeted, and many biotechs are now trading below value. This has given the VC world pause.

Oncology remained the leading interest area for VCs, with $1.5 billion handed out over the first quarter, but it’s a far cry from the more than $4.5 billion in the same period a year ago. But GlobalData said oncology is still an attractive bet for VCs, who see a high unmet need for patients and a broad scope for continuous clinical research and drug development.

Meanwhile, immunology has technically caught up as oncology slid, with around $1.25 billion in funding for Q1, compared to just under $1.5 billion for the first quarter of 2021.

Another shift has been towards early-stage companies, according to Shwea.

“Therefore, biotech companies should aim to widen their selection of venture capitals when raising funding,” she said. “Instead of having one or two, companies should have three or four investors each who have deep pockets and knowledge of the sector to pitch their business to.”

To help stand out in this tough market, GlobalData says biotechs need to be working on therapies that fill an unmet need.

“It remains to be seen if this trend will continue for the foreseeable future, with both investors and pharma companies thinking more cautiously about allocating capital,” Shwea said.

Meanwhile, U.S. biotechs continue to rake in the cash when compared to their European peers. In a separate analysis, GlobalData found a growing VC funding gap between the two locations. European companies have raised $56 billion less per quarter than U.S.-based companies since 2017. Biotechs in that region raised $16 billion from 2017 to 2022 so far, compared to $72 billion for U.S. firms in the same period.

Therefore, many European companies are selecting the Nasdaq or New York Stock Exchange for their listings, to tap into an opportunity for more funding growth. Examples include Exscientia and Centessa, which both went public on the Nasdaq last year, raising $265 million and $250 million, respectively.

With that said, there could be an unexplored gold mine of European biotechs for pharmaceutical companies in the hunt for a good deal, Cartic said.

“The fall in biotech indices … in addition to low biotech valuations following the COVID-19 pandemic means U.S. companies looking to buy may see European biotech start-ups as rich pickings,” Cartic said. “This could result in Europe’s biotech sector losing out to the U.S. unless Europe looks to improving venture financing investments of biotechs, particularly those with late-stage assets, to enhance their chances of generating revenue once they’re listed on the stock markets.”

TeneoTwo, put in play by Amgen, lands $100M AstraZeneca buyout on back of blood cancer bispecific