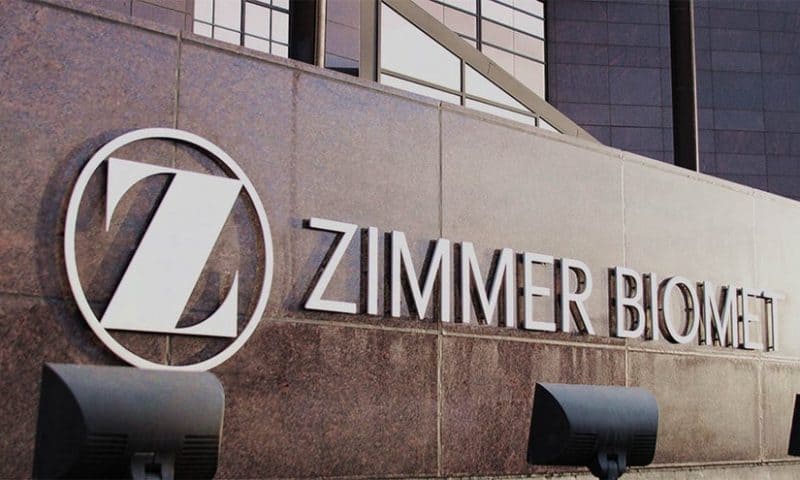 Zimmer Biomet has landed on a name for the upcoming spinout of its spine and dental businesses—ZimVie—and has begun filling out its C-suite ahead of the launch scheduled for the middle of next year.

The name comes from the French word “vie,” meaning life, and “zim,” which comes from, well, Zimmer. The plans for the new publicly traded venture were first announced in early February. Shortly after, the company tapped former Medtronic executive Vafa Jamali to helm the future business.

Despite having a curious similarity to another former medtech company spinoff in the greater Chicago orbit—Abbott Laboratories’ pharma-focused AbbVie—ZimVie will not take the drug-making tack.

Instead, the Warsaw, Indiana-based Zimmer Biomet will be offloading its Rosa One Spine robotic surgery and navigation systems plus its cervical disc replacements, dental reconstruction implants and more, while the company refocuses efforts on its hip and knee replacement offerings.

Signing on to ZimVie as executive vice president and chief financial officer will be Richard Heppenstall, who previously served as CFO of Breg, maker of orthopedic braces and other medical equipment.

“Rich is joining ZimVie at an instrumental time for the company as we continue to shape our operating model and business plans in preparation for the planned spin-off,” CEO Jamali said in a statement. Heppenstall has also held senior leadership roles at Orthofix International, Solera Holdings, Flowserve and Coopervision.

In addition, Zimmer Biomet posted a slate of new leadership appointments and direct reports to Jamali. They include:

Amylyx can proceed with ALS submission to FDA afterall, marking a win for patients’ advocacy efforts