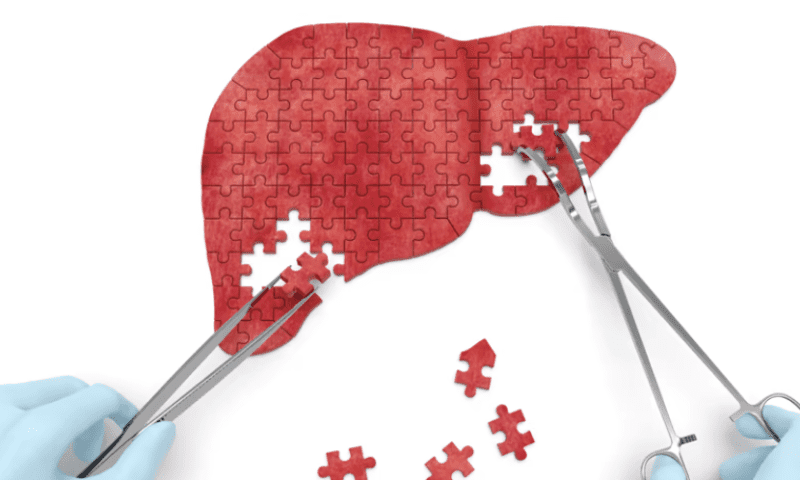 The liver is the only organ with the power to regenerate itself, and now, with a little help, it could even get younger.

Researchers at the Salk Institute have found a way to partially de-age liver cells, returning them to younger stages to improve tissue regeneration. The study was based on previous research the team conducted on cellular reprogramming molecules that can increase tissue regeneration and slow or even reverse the aging process.

This study on liver tissue and the one that came before it, which centered around regenerating muscle tissue, were both performed on mice, but the team hopes this research could be used to develop treatments for human illnesses.

“Someday, approaches like this could be extended to replacing the whole organ itself,” said the study’s author and Salk professor Juan Carlos Izpisua Belmonte, Ph.D., in a press release. “Our findings could lead to the development of new therapies for infection, cancer and genetic liver diseases as well as metabolic diseases like nonalcoholic steatohepatitis (NASH).”

In an attempt to increase liver function, the team used the cellular reprogramming molecules Oct-3/4, Sox2, Klf4 and c-Myc, or “Yamanaka factors,” to de-age the cells and encourage cell growth. One of the primary risks associated with altering cell function in this way is that it can cause cells to continue growing and reproducing uncontrollably, potentially causing cancer.

The researchers found that a specific gene, Top2a, became highly active after the mice received their treatments, and after suppressing that gene, there was a significant drop in the cellular growth rate, reducing the risk of tumor development. Top2a is responsible for encoding Topoisomerase 2a, an enzyme involved in the division and reconnection of DNA strands, but much of how this gene works is still unknown.

Another approach the team took to try to limit tumor development was to only administer this treatment for one day and monitor how the cells were growing over the course of nine months. By the end of the experiment, none of the mice had developed any tumors, and the treatment had successfully increased their liver tissue regeneration.

“Yamanaka factors are truly a double-edged sword,” said co-first author Tomoaki Hishida, Ph.D. “On the one hand, they have the potential to enhance liver regeneration in damaged tissue, but the downside is that they can cause tumors. We were excited to find that our short-term induction protocol has the good effects without the bad—improved regeneration and no cancer.”