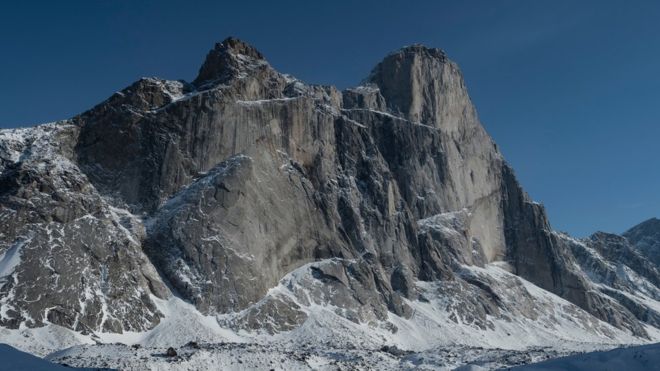 Canadian scientists have discovered a fragment of an ancient continent, suggesting that it was 10% larger than previously thought.

They were studying diamond samples from Baffin Island, a glacier-covered land mass near Greenland, when they noticed a remnant of North Atlantic Craton.

Cratons are ancient, stable parts of the Earth’s continental crust.

Scientists chanced on the latest evidence as they examined exploration samples of kimberlite, a rock that often contains diamonds, from Baffin Island.

“For researchers, kimberlites are subterranean rockets that pick up passengers on their way to the surface,” University of British Columbia geologist Maya Kopylova said. “The passengers are solid chunks of wall rocks that carry a wealth of details on conditions far beneath the surface of our planet over time.”

Ms Kopylova and her colleagues says the sample bore a mineral signature that matched other portions of the North Atlantic Craton.

“Finding these ‘lost’ pieces is like finding a missing piece of a puzzle,” Ms Kopylova is quoted as saying in an article published by the University of British Columbia’s website.

The samples were taken from deep below the Chidliak Kimberlite Province in southern Baffin Island. Previous reconstructions of the Earth’s plates had been based on shallow rock samples formed at depths of one to 10km (six miles).

Ms Kopylova said the discovery adds about 10% to the known size of the craton. “Our knowledge is literally and symbolically deeper,” she said.