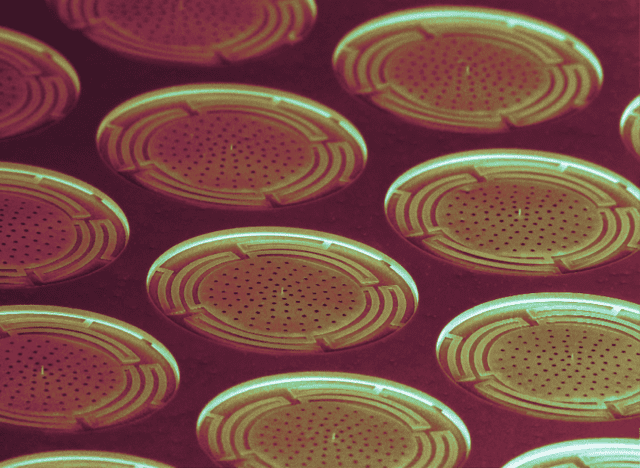 Many of the rarest and hardest-to-treat diseases are caused by a single defect in a specific gene, making them difficult to target with traditional pharmaceutical or surgical methods. Instead, cell and gene therapies have emerged as more efficient options, allowing a disease to be attacked at the cellular level.

But while cell and gene therapies offer a more targeted approach to treating rare diseases, that approach can be an expensive and highly complex one. The most common method sees scientists attaching a modified or healthy version of a molecule to a viral vector, a microscopic mechanism to carry the molecule into the targeted cell.

Aiming to bypass that unwieldy technique is Mekonos, which is developing a cell engineering platform that uses silicon nanoneedles to deliver DNA, RNA or CRISPR molecules directly into individual cells, sans the viral-vector escort into the nucleus.

That lofty aim has garnered the support of a variety of venture capital investors. The Fierce 15 alum announced this week the closing of its series A funding round, which brought in a higher-than-expected $25 million. Reimagined Ventures, Fiscus Ventures and PEAK6 Strategic Capital co-led the round, which collected additional backing from Section 32, Sands Capital, TDK Ventures, Elementum Ventures, Debiopharm’s VC arm and Novartis—the CAR-T therapy-focused Big Pharma that led Mekonos’ last $4.6 million round in November 2020.

“Today’s announcement is a clear signal that Mekonos is building critical infrastructure to unlock personalized medicine at scale and enable cell engineering across life science verticals,” said Anil Narasimha, Ph.D., Mekonos’ CEO and co-founder. “We are excited to partner with leading investors who share our vision for developing a new era of cell engineering that can simplify individualized treatments across disease spaces.”

The San Francisco-based company’s new funding will be used to advance both its scientific and business development efforts to continue fine-tuning the platform. It’ll also support the expansion of Mekonos’ internal team and its external commercial partnerships.

Mekonos’ “system-on-a-chip” platform uses arrays of hundreds of silicon nanoneedles for ex vivo delivery of cell and gene therapies into any type of cell, no matter how fragile. The chip technology, which is powered by miniaturized electro-mechanical systems, microfluidics and chemistry, is reusable and can also be used to deliver multiple therapeutic payloads at once, making Mekonos’ tech a promising treatment option for a variety of diseases.

“Mekonos’ novel technology is solving a critical pain point in an area of cell and gene therapy that hasn’t seen significant innovation in 20-plus years,” said Neil Tiwari, the former managing director of Novartis’ digital VC fund, who will join Mekonos’ board of directors to represent the series A round’s lead investors.

Another newly announced addition to the team is Jake Lesnik, Mekonos’ recently appointed vice president of business development. Lesnik joins from System Biosciences, where he spent more than a decade overseeing commercial operations, culminating in four years as vice president of commercial development and sales and marketing.