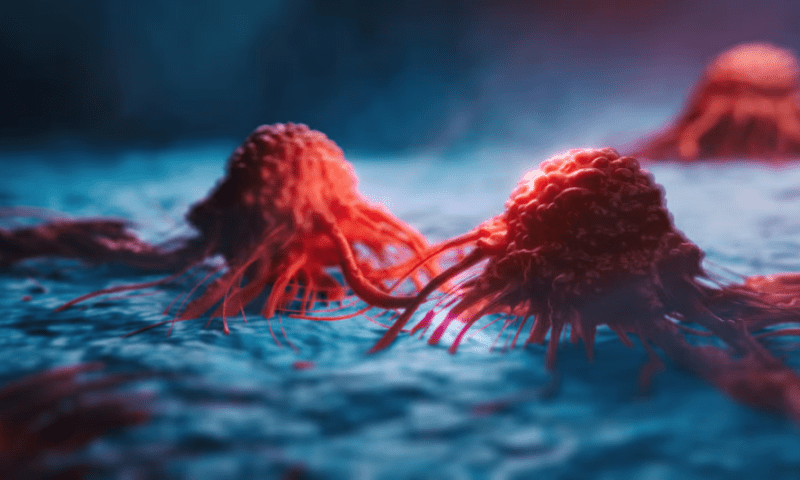 As research mounts that the human microbiome influences everything from oral health to gut health to mental health, scientists are discovering that cancers are home to microbes, too. Studies published just in the past few years have shown that bacteria and fungi both infiltrate the tumor microenvironment, driving cancer metastasis and even making it resistant to chemotherapy.

Now, scientists at Virginia Tech have discovered that one particular bacterium, Fusobacterium nucleatum, accelerates the growth of cells in deadly pancreatic cancer. In a study published Oct. 18 in Cell Signaling, they described how their findings could expand our understanding of how microbes contribute to tumor pathology and be used to inform new approaches to chemo- or immunotherapy as well as diagnosis.

F. nucleatum is usually found in the mouth, where it’s involved both in normal processes as well as inflammatory conditions like gingivitis and periodontal disease. Previous research had also shown that high levels of F. nucleatum within the tumor microenvironment of several cancer types, including pancreatic ductal carcinoma, are correlated with shorter survival length in patients. But exactly how the bacterium contributed to the disease remained a mystery.

To piece the puzzle together, the researchers first analyzed the mechanism F. nucleatum uses to bind to and invade cells across four different pancreatic ductal carcinoma cell lines. They then conducted a series of experiments to see what happened once the microbe had infected the cells.

The results showed that F. nucleatum induced powerful cell signaling that impacted not only infected cancer cells but their uninfected neighbors. After being invaded by the bacterium, the cancer cells began secreting inflammatory cytokines, including some that had been implicated in resistance to chemotherapy and cancer progression. These molecules drove the cells to proliferate and prompted both the infected and nearby uninfected cancer cells to begin migrating.

The scientists found that F. nucleatum’s signaling cascade could be induced from normal cells, too. When they infected non-cancerous cells with the microbe, nearby cancer cells began proliferating and migrating just as the infected cancer cells had.

The results suggest that F. nucleatum makes cancer more aggressive by increasing its proliferation and promoting its spread—and that the microbe can do so even without directly infecting a cancerous cell. Still, the findings haven’t yet been replicated beyond cell lines. The complex relationship between hosts and microbiomes could lead to different results in vivo, co-corresponding author Scott Verbridge, Ph.D., noted.

“While we have shown that F. nucleatum is capable of driving pancreatic cancer cell proliferation and migration, we do not yet know to what extent these outcomes translate to living systems or human patients,” Verbridge said in the press release. “These next steps will be important future work, which ultimately could teach us whether or not this knowledge could lead to more effective therapies that are tailored to a patient’s own microbiome component.”

The more scientists learn, the more convoluted the relationship between bacteria and cancer is likely to become. Some microbes have been engineered to improve the efficacy of cancer treatments, while others have been used to trigger an immune response that kills cancer cells directly. And any therapy that does target cancer-promoting bacteria in hosts will need to be carefully calibrated so it doesn’t harm health-promoting microbes that share similarities.