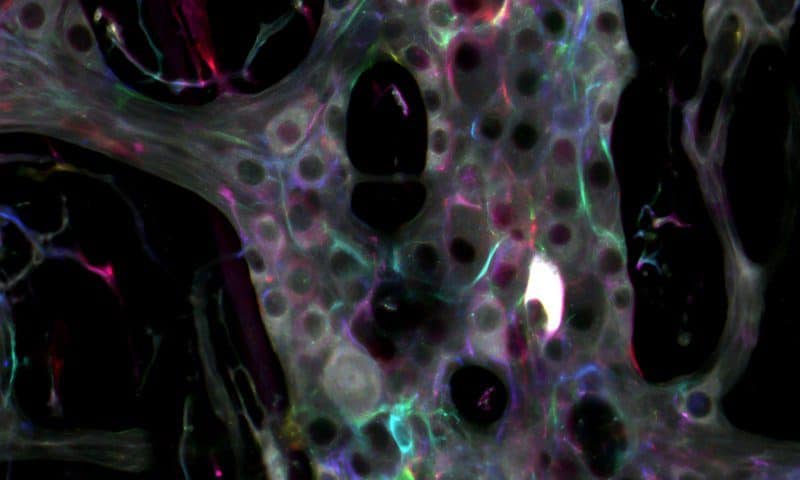 The human gut houses a nervous system that operates largely independently of the body’s central nervous system—a “second brain” that’s of particular interest to a team of researchers at Michigan State University. They believe their latest findings about this second brain, known in scientific circles as the enteric nervous system, could inspire new treatments for common intestinal diseases such as irritable bowel syndrome.

The MSU team studied the cells of the enteric nervous system, including glia, which are non-neuronal cells that don’t produce electrical signals. The researchers discovered that glial cells actively modify signaling networks in the gut to maintain normal functions like motility, they explained in Proceedings of the National Academy of Science.

Neurology researchers have long assumed that because glia are not electrically active, they likely play a supporting role to neurons, but figuring out what exactly that role is has been challenging. The MSU researchers found that enteric glia modify neuronal activity via two pathways called purinergic signaling and cholinergic signaling.

To better understand the interplay between glia and the two pathways, the researchers created a mouse model that allowed them to selectively activate glia and then study the effects of the manipulation on cells in the animals’ colons.

“Thinking of this second brain as a computer, the glia are the chips working in the periphery,” said co-author Brian Gulbransen, an MSU Foundation professor of physiology, in a statement. “They’re an active part of the signaling network, but not like neurons. The glia are modulating or modifying the signal.

The MSU research comes on the heels of another study from the same team in which they described how enteric glial cells indirectly activate an inflammatory process in irritable bowel syndrome.

The growing understanding of glial cells in the gut could inform efforts to develop drugs that target the cells and change their function, Gulbransen said. That could lead to new treatments not just for IBD but also for other motility disorders and for rare conditions in which parts of the gut stop working for no obvious reason, he added.