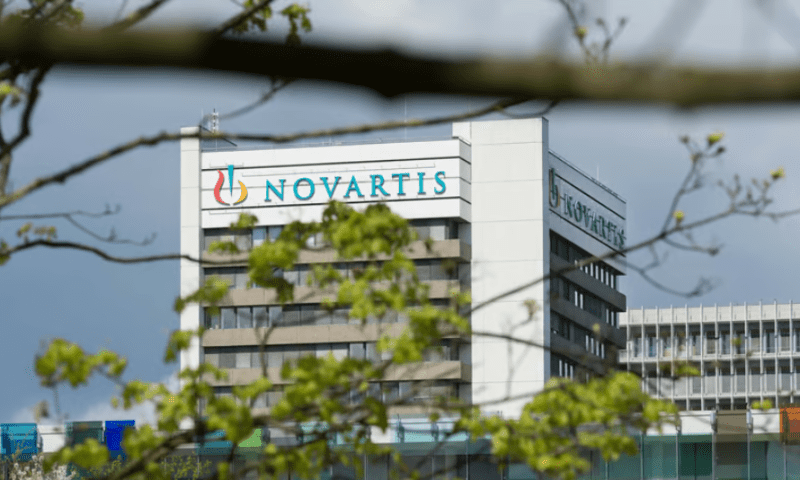 Some seven weeks after announcing top-line data, Novartis is unveiling more details on its momentum-building rare disease drug, iptacopan, specifically a head-to-head phase 3 victory against AstraZeneca’s anti-C5 competition. And the Big Pharma is emphasizing the drug’s benefit as a standalone therapy as it expands development.

The update, released Tuesday morning at the American Society of Hematology’s annual meeting, expands on results first disclosed by Novartis in October showing iptacopan’s superiority. The latest presentation on the drug for a rare inflammatory condition called paroxysmal nocturnal hemoglobinuria, or PNH, found that more than 80% of treated patients experienced an increase in hemoglobin levels of at least two grams per deciliter without the need for red blood cell transfusions. This compared to just 2% of patients treated with either Soliris or Ultomiris, two market-leading PNH meds owned by AstraZeneca.

In an interview with Fierce Biotech ahead of the data release, David Soergel, M.D., Novartis’ head of global drug development for cardiovascular, renal and metabolism, unsurprisingly said he supports full approval of iptacopan based on the “fantastic” readout.

“These are the kind of data you hope for,” he said. “Take a look and see what other compounds have done in this space—you’ll see that these data are really solid.” He noted an additional advantage to iptacopan is that it’s administered orally rather than intravenously as with Soliris and Ultomiris.

The 24-week APPLY-PNH trial also found that almost 69% of patients achieved hemoglobin levels of 12 grams per deciliter without a blood transfusion compared to 1.8% of patients treated with AstraZeneca’s approved products. In a release, the study’s primary investigator underscored the game-changing potential of the drug.

“Nearly every patient treated with iptacopan—60 out of 62—remained blood-transfusion free after six months of treatment, compared to only 14 out of 35 anti-C5-treated patients—a potentially practice-changing outcome for people with PNH,” said Antonio Risitano, M.D., Ph.D., who leads the hematology and hematopoietic transplant unit at the AORN San Giuseppe Moscati hospital in Italy.

Novartis says iptacopan beat out its anti-C5 counterpart in most other secondary endpoints as well, including the percentage of patients that were transfusion free and the average change in hemoglobin levels.

The results—especially when viewed alongside similarly positive data from the APPOINT trial unveiled last week—could offer some serious competition for AstraZeneca, which acquired Soliris and Ultomiris when the British Big Pharma bought rare disease biotech Alexion in the tail-end of 2020. The two drugs have together raked in more than $4 billion this year, with Ultomiris’ revenue skyrocketing 27% in the first nine months of 2022 compared to the same period in 2021.

The strong data in patients with PNH have inspired a much more robust development program for the med, according to Soergel, including testing it in individuals with a variety of renal diseases, including IgA nephropathy. And just like in PNH, he said that so far, there hasn’t been any indication the candidate needs to be combined to maximize therapeutic benefit.

“What we’ve seen about iptacopan so far is that it stands on its own,” Soergel said. “We haven’t seen a need to combine it with anything. So unless the data push us in that direction, we wouldn’t plan to do it.”