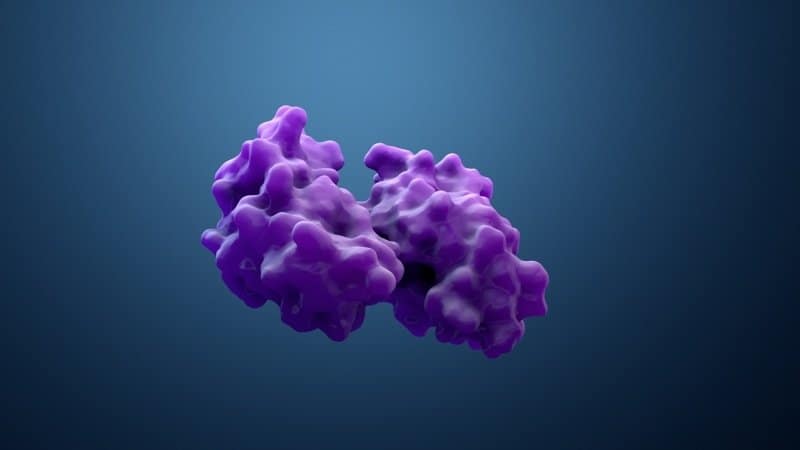 Many cancer-related proteins are considered “undruggable” because they’re chemically challenging for a drug to directly switch on or off. One popular strategy for tackling these stubborn targets focuses on leveraging a cell’s natural process for degrading the protein in question. Now, a research team at the Indiana University (IU) School of Medicine has identified such a compound for a novel target that has long been deemed undruggable.

The drug, dubbed HB007, is a small-molecule degrader of the SUMO1 protein. It inhibited tumor progression in mouse models of brain, breast, colon and lung cancers, the IU team reported in a study published in Science Translational Medicine.

Back in 2014, Bellail and Hao found that SUMO1 drives the cell cycle for cancer development in glioblastoma. SUMO proteins drive various cellular processes by attaching to or detaching from other proteins. For this study, the researchers screened a drug library of 1,596 compounds to identify candidates that could inhibit the conjugation of SUMO1 to other proteins.

Further analysis showed that both CDP1 and HB007 degraded unconjugated SUMO1. The team also found that HB007 touches off a process by which SUMO1 is naturally tagged for degradation and cleared from cells.

Given that the majority of human proteins are considered undruggable, getting rid of a problematic target through protein degradation has become a hot area of cancer drug development. In July, Pfizer shelled out $650 million upfront and invested $350 million in Arvinas to collaborate on the latter’s estrogen receptor degrader ARV-471 for HR-positive, HER2-negative breast cancer.

As for HB007, its efficacy as a single agent across various cancer models “highlights the importance of SUMO1 in cancer progression and its pharmacological degradation as a broadly effective cancer therapy in preclinical models,” the IU researchers wrote in the study.