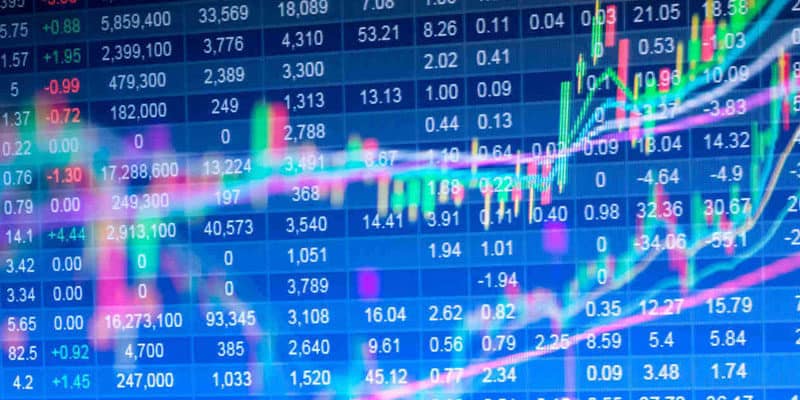 BACK IN 2012, when Andreas Feiner and his colleagues at asset-management startup Arabesque first began pitching investors about including environmental, social, and governance factors (ESG) in their investing decisions, they encountered plenty of skepticism, not to mention eye rolls, sidelong glances, and crooked looks. Investors, recalls Feiner, believed that “if you do something right, you have to pay for it” by accepting smaller profits and lower returns.

A lot can change in six years. Today there’s a growing body of evidence showing that companies that put social responsibility first can also finish first in the market. The question is no longer whether you can do well while doing good, but how best to distinguish the do-gooders from the also-rans. (To learn about 63 companies that fit in the first category, see the Change the World list in this issue.)

And several companies—including Arabesque, a spinoff of banking giant Barclays—are deploying data to build tools that can help investors build and test their portfolios.

The demand from investors is certainly there: In a recent survey, Bank of America Merrill Lynch found that about 20% of investors—and 50% of those with a five-year time horizon or longer—considered ESG issues in their analysis. Their motives involve both a sense of public responsibility and commonsense self-preservation: When companies make decisions that show respect for the environment, their communities, and their employees, there’s less likelihood that they’ll be hit with the kinds of fines, public backlash, and boardroom turmoil that can slam their share prices.

There’s also a strong correlation between ESG-minded management and longer-term strategic thinking—another factor that increasingly distinguishes top companies from laggards. Last year, a study by consulting firm McKinsey quantified the effects of long-termism: Looking at 615 large- and mid-cap companies from 2001 to 2014, the firm found that those that managed with a long-term mindset, by consistently investing profits back into their businesses through research or hiring, had 47% greater revenue growth and 36% greater profit growth than companies that focused on shorter-term maneuvers designed to aggressively boost earnings per share.

These trends are creating opportunities for companies that analyze data about how companies perform in ESG terms. The spark that launched Arabesque first ignited when a Barclays customer asked its founders if they could develop tactics that mixed investment performance with social value. In response, Feiner and colleagues, including Omar Selim (Arabesque’s CEO), did research convincing themselves that, over time, investments chosen with social concerns in mind proved “more resilient and less risky,” as Feiner puts it.

Today, Arabesque manages a database that covers 7,000 companies, with information drawn from 50,000 news sources and 8,000 NGOs, among other resources. Its customers include asset-management firm State Street, consultants like Accenture, and Standard & Poor’s, which uses Arabesque data to underpin some of its ESG-specific indexes. Arabesque last year unveiled S-Ray, a tool that enables customers to assign scores to companies based on the issues investors care about most—corporate governance, for example, or labor rights.

Those tools are now generating the type of hard statistics that Feiner loves to pitch to clients. Using S-Ray to apply its broader ESG scoring analysis to the S&P 500, Arabesque found that over the past decade, companies that scored in the top three quintiles had less stock-price volatility than those in the bottom two, while their shares returned about two percentage points better annually than the lower scorers. The performance gap grows wider still when you compare the top quintile with the bottom quintile (see chart).

Arabesque has also been putting its tools to use with the launch of two of its own mutual funds—the global-focused Prime fund, which trades in Luxembourg, and the U.S.-centric Arabesque Systematic USA (ASUIX). (In all, the firm has about $250 million under management.) The funds’ managers focus on companies that score higher on Arabesque’s ESG measures and on a scoring system based on the United Nations Global Compact for sustainable businesses. Guided by those standards, the funds have avoided investing in Facebook, Wells Fargo, and Volkswagen, whose stocks have been clobbered by scandals that reflected underlying governance problems. Early results from the funds are promising; the Systematic fund has returned 23% over the past 12 months, compared with 14% for the MSCI USA index of large- and mid-cap stocks.

IT’S WORTH NOTING that an ESG-driven approach doesn’t always help with picking individual stocks that win in the short-to-medium term. The five S&P 500 companies that currently score highest and lowest in Arabesque’s broader ESG ranking underscore that point (see previous page): Since the end of 2013, two of the top five have trailed the S&P 500 by a significant amount; two of the bottom five, meanwhile, have beaten the market handily. On a similar note, Netflix and Amazon, up 98% and 92% over the past 12 months, each post relatively low ESG scores. (Arabesque doesn’t comment on the factors that drive individual company scores.)

But as Arabesque’s broader data suggests, there’s strength in numbers for ESG-conscious investors: In the aggregate, the “virtuous” stocks win over time. A low-cost socially responsible mutual fund—or exchange traded funds like Vanguard ESG U.S. Stock and Vanguard ESG International Stock, both of which launch in September—is an efficient way to capture the benefits of socially responsible management. And for investors who’d like to make a more concentrated bet, here are a few stocks that you’re likely to find in those funds:

Ingersoll-Rand (IR, $98) builds a range of industrial products, but 79% of its revenue comes from HVAC systems, where it has doubled down on energy efficiency. The company went through a downswing in 2015 as oil prices plummeted, hurting some of its industrial clients. But the stock has rebounded along with a surging economy and a bustling construction sector, and Ingersoll-Rand’s interior-climate business continues to gain market share. Over the past five quarters, the growth in HVAC bookings has gone from 3% to 17%, which is “quite an attractive trajectory,” says Barclays analyst Julian Mitchell.

It may seem surprising to see Cummins (CMI, $142), a manufacturer of diesel engines, so high up on an ESG-centered list. But the Indiana-headquartered company has long been a standard setter in clean-air technology. In the early 2000s, Cummins boosted R&D to create engines whose emissions standards surpassed federal regulatory requirements, even as those rules got tighter. That effort has paid dividends in markets like China, boosting revenue from Cummins’s emission-solutions segment by 20% in 2017. The stock has been beaten down this year owing to concerns that the industrial sector has reached the peak of its cycle. Cummins stock is now valued at 10 times 2019 earnings, says Jefferies analyst Stephen Volkmann, making it fairly cheap as a potential long-term play.

When corporate leaders act poorly, a company with good governance will make sure they don’t remain leaders for long. In July, Brian Crutcher stepped down as CEO of Texas Instruments (TXN, $116) after just six months in the role for violating company policy with unspecified “personal behavior.” Reenter chairman Richard Templeton, who had held the CEO position for 14 years before Crutcher’s ascension. Templeton is recognized as the “architect of Texas Instruments today,” says Nomura Instinet analyst Romit Shah; he was the chief who steered the company to focus on its analog semiconductor business, which has grown 19% since 2015 while the stock price has more than doubled. Texas Instruments’ share price dipped only modestly after Crutcher’s departure and has already rebounded—a sign that investors have faith that doing the right thing won’t set the company back.

Xiaomi posts $2.1B profit in its first quarter as a public company