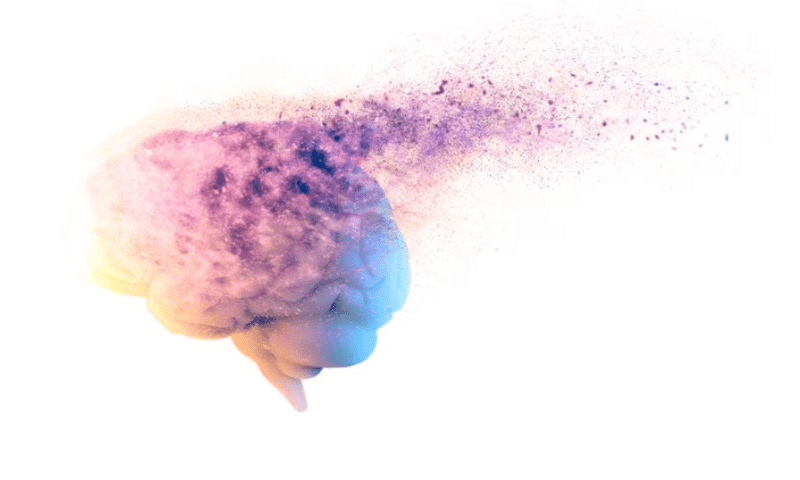 Scientists have discovered a new druggable pathway that may boost beta amyloid clearance, holding the potential to be used to help prevent Alzheimer’s dementia in humans.

The accumulation of beta amyloid—toxic peptides that make up amyloid plaques in the brains of people with Alzheimer’s—is the first step in the development of dementia tied to the disease. Though it’s not yet certain whether removing beta amyloid clumps can in fact treat Alzheimer’s in humans, researchers have long been trying to find ways of clearing the amyloid before symptoms emerge.

Now, a team at the Washington University School of Medicine in St. Louis has discovered that increasing a genetic quirk—dubbed readthrough—helped clear out waste in the brains of mice, according to a study published Aug. 24 by Brain.

To start, the research team examined the protein creation process and discovered that the brain protein aquaporin 4 is sometimes formed with a small extra tail on the end.

“Sometimes the protein-synthesizing machinery blew right through the stop sign at the end and made this extra bit on the end of aquaporin 4,” said senior author Joseph Dougherty, Ph.D., a professor at Washington University in St. Louis.

When a cell’s protein-building machinery sometimes fails to stop—also known as readthrough—it forms extended versions of proteins that may work differently than regular forms. The team also detected a pattern: Readthrough was only found in structures related to waste clearance in the brain.

The St. Louis researchers found the long form of aquaporin 4—but not the short one—in the endfeet of astrocytes, which are star-shaped support cells that help keep a barrier between the brain and the rest of the body. The endfeet help regulate blood flow and could help keep the brain free of unwanted proteins by flushing waste into the bloodstream.

Next, study lead Darshan Sapkota, Ph.D., screened compounds that may have the ability to increase readthrough of the aquaporin 4 gene and found two with potential: apigenin, a dietary flavone in chamomile, parsley, onions and other plants; and sulphaquinoxaline, a veterinary antibiotic.

The researchers then administered apigenin, sulphaquinoxaline, or two inactive placebo substances to mice that were genetically engineered to have high amyloid levels in their brains. The scientists found that mice receiving either apigenin or sulphaquinoxaline cleared amyloid beta much faster than those given either of the other two substances.

However, sulphaquinoxaline isn’t safe to use in humans, and, while apigenin is a dietary supplement, it’s not known how much of the chemical compound actually makes it into the brain. The research team is currently working to find other drugs that could impact the production of the long form of aquaporin 4.

“We’re looking for something that could be quickly translated into the clinic,” said Sapkota. “Just knowing that it’s targetable at all by a drug is a helpful hint that there’s going to be something out there we can use.”

The new approach to treating Alzheimer’s may also have therapeutic potential in other neurodegenerative diseases that involve protein aggregation, such as Parkinson’s, according to the researchers.

The team at University of Washington in St. Louis aren’t the only ones hard at work to identify new therapeutic hopefuls to fight Alzheimer’s. A separate study published in Nature Aging last month identified a blood protein—known as soluble ST2 (sST2)—that plays a key role in the pathogenesis of the disease.

A research team in Hong Kong discovered that sST2 is critical in disrupting beta amyloid clearance and also that lowering levels of sST2 can have a protective effect against Alzheimer’s development. They also learned that genetic factors regulate sST2 levels—a finding that opens up new possibilities for treatments primarily aimed at reducing the blood protein levels.

Philips adds yet another ventilator recall to the docket, citing contaminated plastic

Bayer, like its rivals, hopes it made a big enough splash after phase 2 belly flop