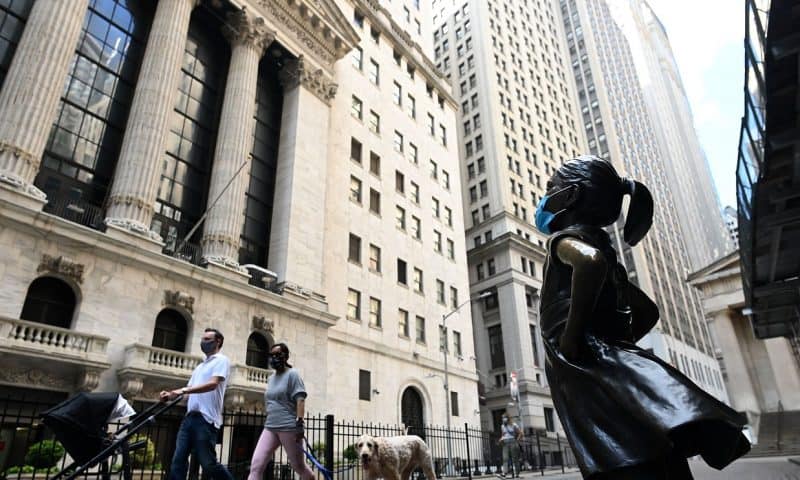 U.S. stock-index futures pointed to sharp gains for stocks at Monday’s open as Federal Reserve Chairman Jerome Powell said that Americans need to prepare for a tough road ahead in the aftermath of the COVID-19 pandemic but said he wouldn’t bet against the domestic economy’s ability to persevere through the most significant public-health crisis in more than a century.

What are benchmarks doing?

Markets looked set to kick off the week on a high note after the worst weekly decline in almost two months, as the U.S. central bank chief said the Federal Reserve would continue to support the economy and financial markets through the viral outbreak.

In an interview with CBS’ “60 Minutes” program, which aired Sunday, Powell said that the road to recovery for the U.S. may take a while and consumers may lack conviction until efforts to find a vaccine for the illness derived from the novel strain of coronavirus are successful.

That said, the monetary-policy maker struck a cautiously sanguine tone about the likelihood for a relatively near-term rebound for an economy that has shown signs of the extreme toll taken on it by measures in place to limit the spread of the pathogen.

“In the long run and even in the medium run, you wouldn’t want to bet against the American economy,” Powell said during the television interview. He did caution that a second wave of infections could rattle confidence further.

Powell also acknowledged that the unemployment rate could hit as high as 25%, marking levels not seen since the Great Depression. But the Fed boss said that he didn’t fear a second depression for the U.S., forecasting that an economic rebound would start to take shape in the second half of the year.

Meanwhile, data in Asian hours on Monday showed Japan’s economy, shrank by an annualized 3.4% in the three months ended March 31 after a 7.3% contraction in the previous quarter, meeting the commonly accepted definition for a recession.

Still, plans to restart stalled economies inside and outside the U.S. have continued to act as a support for markets which have mostly been trading in a trading range since rising from March 23 bear-market low.

“The good news is economies across the globe are starting to reopen, suggesting that some activity will begin to recover compared with the full lockdown experienced in April,” wrote Hussein Sayed, chief market strategist at FXTM in a Monday research report. “However, will there be a price to be paid for the easing of restrictions?”

Rising cases in the U.S., however, where there are more than a third of the 4.7 million world-wide infections, has underpinned fitful trade in assets considered risky. Deaths in the U.S. rose above 89,500, more than a quarter of the more than 315,000 world-wide, according to figures from Johns Hopkins.

Which stocks are in focus?