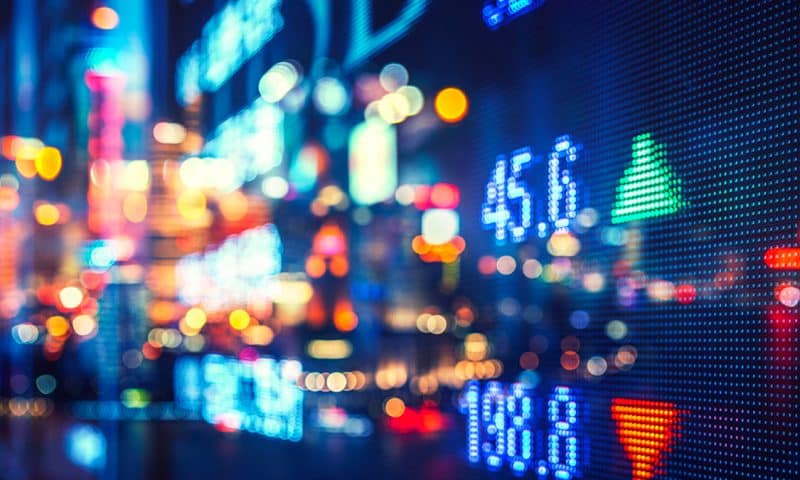 Stocks erased most of the prior week’s gains after a string of disappointing economic releases and escalating tensions between the U.S. and China. U.S. retail sales and industrial production registered their steepest declines on record for the month of April, reflecting the full and sudden stop of economic activity. The U.S. administration moved to block semiconductor shipments to Huawei, adding to investor caution. The most recent inflation reading showed a sharp decline in core inflation from 2.1% to 1.4%, the largest decline since 1957. Analysts say the impact from the current economics is deflationary, which implies that central banks will maintain very accommodative monetary policies for the foreseeable future.

The S&P finished the week down more than 2%, posting the biggest weekly decline since March, in what has been a robust 27% rally from the March 23 low. Analysts expect the market recovery to date has been driven in large part by the unprecedented level of monetary and fiscal support for the economy. However, the size of the federal response has prompted concerns that inflation could spike over time in response to higher-than-average federal debt levels and ultra-low interest rates.  While it is likely that inflation rises moderately from current levels, they think that the risk of hyperinflation is low for the following key reasons:

The price of gold continued to climb higher this week as renewed trade tensions between the US and China only added to recession woes and circumstantial uncertainty. Moving above US$1,740 per ounce, gold has climbed 18.6 percent since the mid-March sell-off and is poised to keep edging higher. The yellow metals ascent this week comes on the back of mounting concern the economic recovery will be more prolonged than originally expected and less likely to take the “V” formation many analysts had hoped. Widespread uncertainty may be headwinds for markets but is a motivator for safe haven investors who usually choose gold.

Silver also performed well this week, starting at US$15.51 per ounce Monday and growing by 6.4 percent to US$16.57. The white metal is now back in the pre-shutdown territory and expected to rise higher through investor appetite and weak economic data. Prices also grew for platinum this week and edged closely to the US$800 per ounce mark Friday morning. While automotive demand has slumped in the last three months, purchases of platinum coins has increased to record levels according to a research note from the World Platinum Investment Council. Sister metal palladium experienced another week of loses, marking over a month of downward momentum. Prices have already shed 35.3 percent since hitting an all-time high in late February of US$2,671 per ounce. The metal is likely to continue facing pressure from depleting auto demand and an industry that is looking to move away from palladium heavy catalytic convertors, towards a tri-metal blend.

In the base metals category, tough talk from US President Trump relating to trade with China has weighed on price growth, as is the concern that a second round of impacts could further hinder economic recovery. Copper started the week at US$5,234 per tonne moved a few dollars higher a day later, then fell to US$5,155.50. News that China’s industrial production climbed 3.9 percent in April following two straight months of declines was not enough to bring the red metal back. News that July copper contracts are up modestly could be beneficial. Zinc was faced with similar issues this period, breaking past US$2,000 per tonne on May 12, before settling back below US$1,950. Nickel also ended the five-day period lower, falling from US$12,275 a tonne on Monday, to US$12,084 Thursday. Demand has plummeted due to pandemic closures. Lead, made the most dramatic dip this session, falling 3.2 percent from US$1,629.50 per tonne to US$1,576. The drop is the metals worst performance since November 2015.

Oil prices appear to be rising relentlessly, with WTI bouncing above $28 per barrel, nearly at a two-month high. Market sentiment has been gaining steam as supply shut-ins mount and demand begins to come back. Still, the risk of another wave of impact presents a major risk to the rally. OPEC+ says it could keep cuts beyond June. “The ministers want to keep the same oil production cuts now which are about 10 million bpd, after June. They don’t want to reduce the size of the cuts. This is the basic scenario that’s being discussed now,” an OPEC+ source told the media. Analysts see optimism in data. Oil time spreads have seen a narrowing contango, a sign of tightening in the oil market. Storage fears are subsiding. Due to sharp cuts in oil production, the pace of inventory builds has slowed dramatically, easing fears of an acute shortage in storage capacity.

On the bigger picture Wood MacKenzie is predicting that oil demand may not recover until 2026. Wood Mackenzie outlined several scenarios in a new report, all of which paint a pessimistic outlook for oil demand. The firm said it could take years for demand to recover, but ultimately, demand will probably peak within the next decade. Alongside that prediction, the US Fed warns that economic damage will persist.  Chairman Jerome Powell warned of an “extended period” of economic damage. St. Louis Fed Chair James Bullard warned job losses could be permanent and businesses could fail “on a grand scale.” Natural gas spot prices fell at most locations this week. The Henry Hub spot price fell from $1.88 per million British thermal units (MMBtu) last week to this week.  At the New York Mercantile Exchange (Nymex), the price of the June 2020 contract decreased 33¢, from $1.944/MMBtu last week to $1.616/MMBtu this week. The price of the 12-month strip averaging June 2020 through May 2021 futures contracts declined 20¢/MMBtu to $2.362/MMBtu.

Equities in Europe fell on growing fears of a prolonged recession that could be made worse by a possible second wave of impact. The pan-European STOXX Europe 600 Index ended the week 3.44% lower. Germany’s Xetra DAX Index slid 3.84%, France’s CAC 40 dropped 5.248%, and Italy’s FTSE MIB Index declined 2.84%. The UK’s FTSE 100 Index lost 1.97%. The eurozone economy contracted by a record 3.8% in the first quarter compared with the final three months of 2019, according to a flash estimate from Eurostat. France’s economy shrank 5.8%, the worst result among the 19 participating countries, followed by Slovakia (5.4%) and Spain (5.2%). Italy’s gross domestic product (GDP) withered 4.7%. The largest economy, Germany, shrank 2.2%.

European Central Bank (ECB) Vice President Luis de Guindos said in a speech that the eurozone economy had already put the worst of the downturn behind it. He said the economy could rebound in 2021, expanding by as much as 6%, although he acknowledged the level of uncertainty was high.

In a week when the S&P 500 came under selling pressure, mainland A-shares were able to hold steady until midweek, before weakening on renewed anti-China threats from U.S. President Trump. The CSI 300 large-cap index closed the week 1.3% lower, while the Shanghai Composite lost 0.9%. Stocks were supported over the week by better-than-expected April economic and credit data and by promises of more fiscal stimulus from Finance Minister Liu Kun. In the bond markets, China continued to attract foreign money, with a 14th consecutive week of flows into central government bonds and a total monthly inflow in April of USD 7.25 billion, partly related to China’s inclusion in key international bond indices. Overseas investor appetite for Chinese sovereign bonds should remain firm given a backdrop of monetary easing and falling inflation.

Important economic data being released include housing starts on Tuesday, the Fed meeting minutes on Wednesday, and the May preliminary PMIs on Thursday.