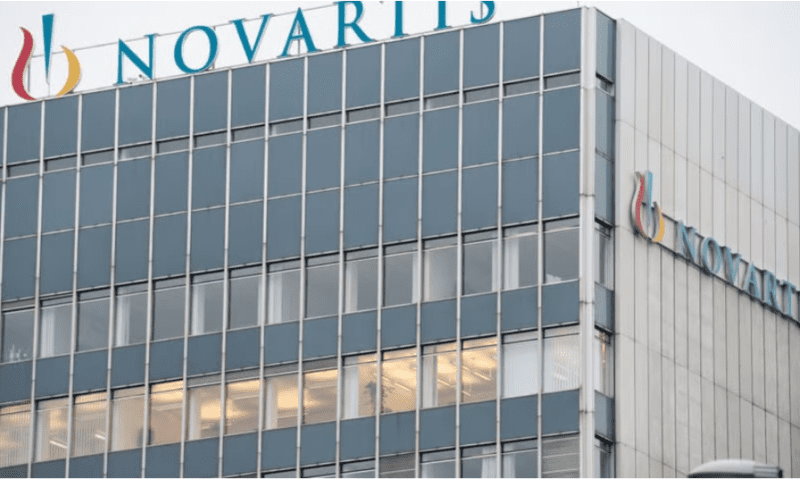 Novartis is coming for the jewels of AstraZeneca’s $39 billion takeover of Alexion. In a phase 3 trial, the Swiss drugmaker’s iptacopan beat the incumbent rare disease drugs Soliris and Ultomiris, advancing its plan (PDF) to turn the oral challenger into a $3 billion-a-year blockbuster.

Iptacopan is an oral factor B inhibitor of the alternative complement pathway. Because it acts upstream of the C5 terminal pathway targeted by Alexion’s blockbusters Soliris and Ultomiris, Novartis thinks the molecule can stop the destruction of red blood cells within both blood vessels and the spleen and liver. This effect, coupled with its oral administration, may give iptacopan an edge over the incumbents.

Novartis put its belief in iptacopan to the test in a phase 3 clinical trial that randomized 97 people with paroxysmal nocturnal hemoglobinuria (PNH) to receive its drug candidate orally twice a day or infusions of one of Alexion’s anti-C5 antibodies. The participants had residual anemia despite a stable regimen of anti-C5 treatment in the six months prior to randomization.

After 24 weeks, the proportion of patients who experienced hemoglobin-level increases of at least 2g/dL from baseline without the need for blood transfusions was higher in the iptacopan arm than in the active control cohort, causing the study to hit one of its primary endpoints. The second primary endpoint was hit when Novartis showed more patients on iptacopan had a 12g/dL or greater increase in hemoglobin.

Novartis is yet to share the figures behind the primary endpoint hits, saying only that the improvements were statistically significant and clinically meaningful. Similarly, the release lacks safety information other than a comment that the profile was favorable and consistent with earlier data drops. Novartis plans to share detailed results at an upcoming medical meeting.

While the data details are unknown outside of Novartis, the next steps are clear. Armed with the data, the Swiss drugmaker plans to file for approvals globally next year. In parallel, Novartis will continue to test the molecule in other settings, including in a phase 3 trial that is enrolling patients who have never taken a complement inhibitor therapy. Data from the second phase 3 are due in the coming months.

The readouts are part of a series of data drops that could reshape the PNH market. Last month, Alexion reported that adding the oral factor D inhibitor danicopan to Soliris or Ultomiris improved hemoglobin levels in PNH patients who experience clinically significant destruction of red blood cells outside of the blood vessels. Roche is also closing in on phase 3 data on its subcutaneous C5 inhibitor crovalimab.