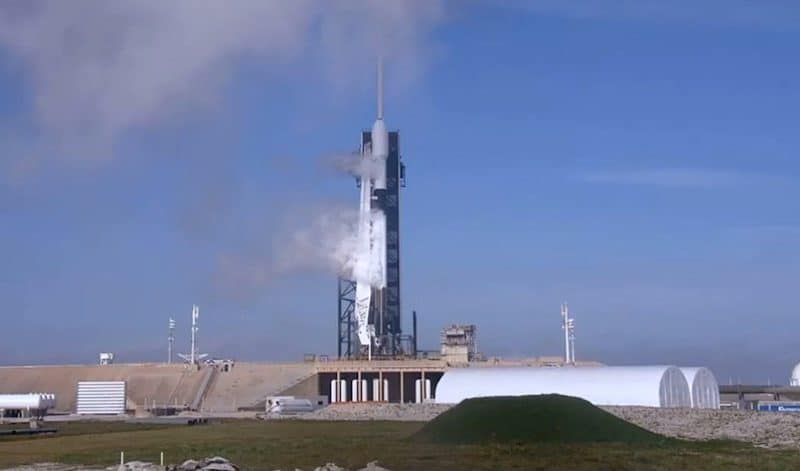 The countdown for a planned launch of a SpaceX Falcon 9 rocket from NASA’s Kennedy Space Center in Florida automatically aborted in the last second before liftoff Sunday after an on-board computer detected unexpected data during an engine power check.

A member of launch team announced engine start and liftoff. A second later, she said: “Disregard. We have an abort.”

There was an instantaneous launch opportunity Sunday, so the abort meant SpaceX had to scrub the day’s launch attempt.

The 229-foot-tall (70-meter) Falcon 9 rocket was set to loft 60 more Starlink satellites for SpaceX’s planned Internet service, joining 300 Starlink stations launched by five previous rockets since last May. SpaceX is launching the satellites 60 at a time, aiming to deploy more than 1,500 of the quarter-ton spacecraft to provide near-global service by late 2021 or 2022.

SpaceX tweeted later Sunday morning that a “standard auto-abort triggered due to out of family data during engine power check.”

Last-second aborts after engine ignition during SpaceX countdowns are rare, but they have happened before on several occasions. On the Falcon 9’s inaugural launch in June 2010, SpaceX aborted the countdown just before engine start and tried again the same afternoon, resulting in a successful mission that reached orbit.

The company said it will announce a new target launch date once the schedule is confirmed with the U.S. Space Force’s 45th Space Wing, which runs the Eastern Range that oversees all launch activity at Cape Canaveral.

An updated launch weather forecast released by the 45th Space Wing on Sunday suggested the next launch opportunity for the Falcon 9 rocket might be Wednesday at 8:21 a.m. EDT (1221 GMT).

The weather forecast shows an 80 percent chance of acceptable conditions for launch Wednesday morning with scattered clouds, light easterly winds, and a temperature of around 70 degrees Fahrenheit. The primary weather concern is with cumulus clouds.

The upcoming launch will mark the 83rd flight of a Falcon 9 rocket since 2010, and the sixth SpaceX launch of 2020.

The Falcon 9 is programmed to deploy its 60 Starlink payloads into an elliptical, or egg-shaped orbit ranging between 130 miles (210 kilometers) and 227 miles (366 kilometers) above Earth. The target orbit is inclined 53 degrees to the equator.

The two-stage launcher will head northeast from Cape Canaveral to reach the intended orbit. The Falcon 9’s reused first stage booster — flying for the fifth time on this mission — will attempt to land on SpaceX’s drone ship in the Atlantic Ocean.