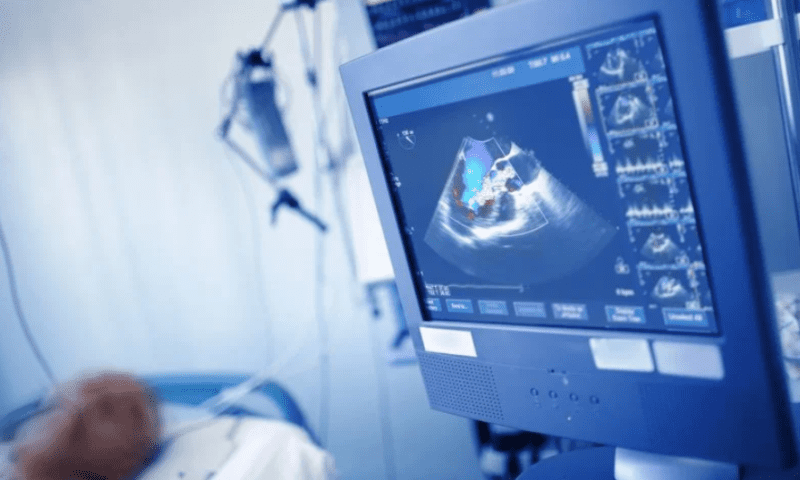 Getting a clear picture of the beating heart has always been a challenge. The artificial intelligence developer UltraSight hopes to make it much easier by giving clinicians a computer-guided helping hand.

The Israel-based company received European approval for its coaching software designed to work with available point-of-care ultrasound machines. It guides technicians step-by-step through the tricky procedure of imaging the cardiac muscle and offers tips on how to capture the best scans.

The program aims to assist technicians regardless of their previous experience navigating an ultrasound probe. UltraSight obtained the CE Mark just ahead of the European Society of Cardiology Congress in Barcelona, Spain, which this year has a special focus on cardiac imaging.

The company plans to make its software commercially available in 2023.

By analyzing the ultrasound’s video stream, the AI works to predict the position of the probe in relation to the heart. It then helps instruct the user on how to maneuver the device to capture images capable of diagnosing conditions such as valve disease and heart failure. Point-of-care ultrasound can also be used in intensive care units to help guide therapy.

Cardiovascular disease is the leading cause of death among Europeans, with about 4 million people dying per year from the range of conditions, which affect as many as 113 million people in Europe today, according to the ESC.

“By empowering more medical professionals to accurately scan patients, we will have faster and greater detection of [cardiovascular disease] across the continent,” UltraSight CEO Davidi Vortman said in the company’s announcement. But with many clinicians having entered the field since the beginning of the COVID-19 pandemic, it has been a challenge to provide them with hands-on training and supervision when it comes to point-of-care ultrasound techniques, the company said.

In a clinical study using Philips’ handheld Lumify probe, which plugs into a tablet, researchers at the Sheba Medical Center in Israel found that by using UltraSight’s software medical professionals without previous sonography training were able to obtain diagnostic-quality heart images in 100% of patients.

After a single eight-hour training course, three novice medical assistants evaluated 61 patients. Their images were mixed in with scans from a trained specialist and presented to a blinded panel of cardiologists for review. The medical assistants’ exams successfully captured the size and function of the heart’s two ventricles and spotted potentially dangerous build-ups of fluid in the space surrounding the cardiac muscle, according to UltraSight.

The idea of an AI-guided ultrasound coach has also been pursued by the software developer Caption Health, which received its first CE Mark this July ahead of its own planned European expansion.

Caption Health also teamed up with Butterfly Network and its hand-held ultrasound devices to build an integrated, portable probe built for cardiac scans and make it easy to use whether in a hospital or in a person’s home.

At the same time, UltraSight has been working with GE Healthcare and its point-of-care ultrasound division to bring their technology to the International Space Station. GE’s hand-held Vscan Air and UltraSight’s software is set to be used to record images of an astronaut’s heart in microgravity without guidance from trained medical professionals still on the ground.

“Space agencies are looking for an ultrasound solution with the features provided by GE Healthcare and UltraSight not only for the international space station but to also assist with upcoming missions including Artemis to the moon and soon after to Mars,” said Eran Schenker, chief innovation medical officer of the Israeli Aerospace Medicine Institute, in a September 2021 release.

“In fact, the mission to Mars, which will have significant communication challenges and delays, will require the rethinking of telemedicine,” Schenker added. “Real-time AI guidance will be critical in enabling the crew to obtain cardiac images without relying on mission control on Earth.”