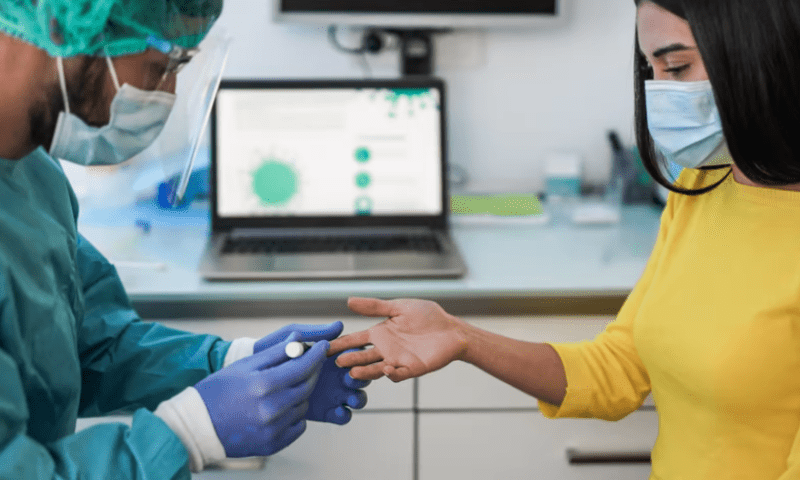 Vertex’s new diabetes cell therapy has brought many surprises: first, the rush of excitement that followed new data from a single patient last year. And now, an FDA clinical hold on a phase 1/2 trial.

The early study of VX-880 was placed on clinical hold after the FDA determined that there wasn’t enough evidence to support increasing the treatment dose as planned, the company said Monday.

Vertex reported data on the cell therapy from a single patient in October, which revealed that the patient achieved a “robust” restoration of islet cell function after receiving VX-880. Restoration of these cells could allow patients to regulate insulin or even produce it on their own, rather than use daily insulin treatment or seek an islet cell transplant.

On Monday, Vertex showcased results from one more patient, saying the data continued to add to the proof-of-concept for VX-880. Both of these initial patients received half of the target dose for the study. The company also said that the first patient’s response has proven durable at day 270.

Vertex said a third patient had received the full dose after the trial’s independent data monitoring committee reviewed the safety and efficacy data collected so far and recommended that part B begin with the full dose. This third patient has already reached the day 29 follow-up milestone.

“The totality of the safety and efficacy data for all three patients dosed to date gives us high confidence in our benefit-risk assessment of VX-880 and its potentially transformative profile,” Bozic said in a statement.

Bozic pledged to work with the FDA to get the trial moving again as soon as possible.

RBC Capital Markets analysts said the new data showed continued strong efficacy for VX-880, although the second patient’s data were “less robust” than the results that spurred so much excitement in the fall.

The firm called the FDA’s hold “somewhat cryptic” given the existing safety profile. Vertex should be able to resolve the issues with some additional information, however, the “clinical hold does add a point of uncertainty for a pipeline that had been on a roll of late.”

Jefferies analysts said clinical holds on cell therapies are typically resolved within four to five months, calling the regulatory action a “slight setback.” The FDA has increased scrutiny on cell therapies, and more have been subject to clinical holds, which means investors should not be too disturbed about the delay, Jefferies said. The firm recommended that investors “buy the dip.”

“Given how novel these modalities are … it’s entirely possible the FDA has new questions they did not have in the past and being conservative, placed a hold on the trial as they work with sponsors to figure out answers,” Jefferies said.

The FDA will have 30 days to provide more information on the nature of the clinical hold, RBC said.

“Unless there is a major concern not being disclosed, it would not seem that this hurdle is insurmountable,” RBC said in a Monday morning note.

Vertex picked up VX-880 in 2019 via its $950 million acquisition of Semma Therapeutics. The therapy is being tested in patients who have Type 1 diabetes with severe hypoglycemia and impaired hypoglycemic awareness. This means the patients’ blood sugar drops to very low levels without triggering symptoms that would otherwise warn them that their blood sugar is falling. The FDA granted the treatment a fast-track tag in 2021.

VX-880 is part of Vertex’s work to diversify from its industry-leading cystic fibrosis portfolio. The company also rolled out phase 2 proof-of-concept results for a non-opioid painkiller in late March.