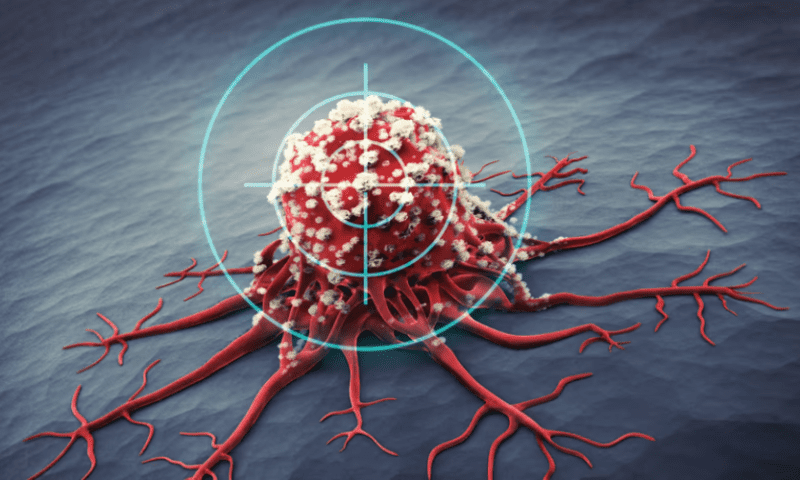 Metastasis makes cancer hard to treat. As tumor cells migrate and colonize at new sites, they rely on energy-producing mitochondria to adapt to the changing microenvironment. But the exact mechanisms of how these cellular power plants support the invasive spread of tumors remain unclear.

Now, an international team of scientists led by the German Cancer Research Center (DKFZ) has fingered certain modifications in mitochondrial RNA as culprits behind cancer metastasis.

Interestingly, certain available antibiotics are able to inhibit problematic mitochondrial mRNA’s translation into proteins. Treatment with the antibiotics reduced cancer metastases in mice, the team reported in a new study published in Nature.

As cancer cells invade surrounding tissue and travel to distant organs, they need to navigate adverse conditions such as shortages of oxygen or nutrients. To survive, cancer cells adjust their energy production pattern through mitochondria.

In the current study, the DKFZ-led team found that a specific chemical modification process found in mitochondrial tRNA, known as mitochondrial cytosine-5 RNA methylation (m5C), drives the translation of mitochondrial mRNA to support metastasis. Modifications of tRNAs ensure the accurate and optimal rate of protein synthesis in mitochondria.

An enzyme called NSUN3 is required for the m5C RNA modification. Depleting NSUN3 led to a reduction of m5C in mitochondrial tRNA—and hence mitochondrial activity. In mice bearing head and neck cancer, NSUN3-deficient cancer cells showed decreased metastases into both the lymph nodes and the lungs.

An analysis of The Cancer Genome Atlas also showed that in patients with head and neck cancer, higher levels of NSUN3 were correlated with genes that encode regulators of metastasis and response to low oxygen levels. The NSUN3 levels were also predictive of disease stage and the presence of lymph node metastasis at the time of diagnosis, the team found.

Because mitochondrial and bacterial protein synthesis machineries are highly similar, the scientists proposed certain antibiotics might be able to curb mitochondria activity without affecting other critical protein productions in human cells.

Indeed, treating head and neck cancer cells with the antibiotics tigecycline and doxycycline reduced the number of invading leader cells in tumorlike organoids. In mice, treatment with the two antibiotics decreased the number of lymph node metastases from 80% to 20%, the team reported.

In contrast, the antibiotic amoxicillin, which targets the bacterial cell wall, didn’t have any effect on mitochondrial translation or cancer metastasis.

Certain antibiotics are already used as adjuvant therapy in the treatment of cancers, but their modes of action and effects on cancer therapies are controversial, the DKFZ-led team noted. The current findings showed that different classes of antibiotics could have distinct effects on tumors, the team added.

Once the tumor metastasizes, the cancer becomes difficult to treat, and metastasis is the major cause of cancer deaths. So finding ways to stop the dissemination of cancer cells from primary tumors has been an important research area.

In a 2021 Science study, scientists from the Massachusetts Institute of Technology, the University of California, Berkeley and the University of California, San Francisco used the CRISPR gene editing tool to map out the development route of tumor metastasis. They uncovered genes that either contributed to or suppressed the cells’ metastatic ability, as well as physical metastasis “hubs” they believe could be targeted with new cancer therapies. One gene called KRT17, for example, was most strongly correlated with reduced metastatic ability.

The DKFZ-led team now suggests that the inhibition of mitochondrial RNA modifications could be a promising approach to stop the spread of cancer cells.